The Mullet makes a comeback in Australia 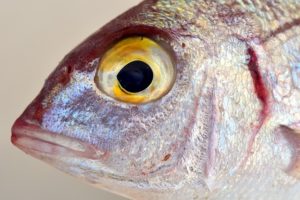 Just when you thought the mullet had been consigned to the history books of horrible hair it’s suddenly making a resurgence down under.   The style (if you can call it that) made famous by Waddle, Hoddle and Bono and many others in the 80s is the subject of a brand new festival in Kurri Kurri, a mining town west of Newcastle.

Mulletfest 2018 was the brainchild of a local hotel owner and hairdresser and has attracted international media attention.  Winner of the junior mullet category, 12 year old  Alex Keavy decided to donate his $50 prize money to his girlfriend so she could buy a pie whilst declaring profoundly “It’s not a hairstyle, it’s a lifestyle.” That’s as maybe but the reality is that it never has been and never will be anything other than a VERY BAD STYLE.

It’s even worse if you’re thinning on top, thinking Michael Bolton here.  If you spot the first signs of Male Pattern Baldness, usually a thinning crown and receding hairline.  Then it’s time to ditch the mullet.  Nothing draws attention more than a bald patch with shoulder length hair hanging below it like a back to front beard.

The best advice with thinning hair is to cut it short.  The buzz cut is universally acceptable now and no longer the preserve of the skin head movement.  It shows you’re confident and bold and if you were wearing the mullet to make a statement then shaving it all off is as powerful a statement as you can make.

Once you’ve made that decision then Scalp Micropigmentation SMP could be the next stage to really define your new look.  Maintenance free, it’ll continue to create the illusion of a real layered cut even if you lose all your hair.  It might be time to get rid of the neckwarmer and move into the 21st century.