HISTORY IN THE MAKING

The world’s first SMP® Clinic and still the best!

SMP® developed by his hair clinic is internationally recognised and our experience, expertise and results are widely regarded as the best in the world.

HIS Hair Clinic is proud to be recognised as the first company to specialise in Scalp MicroPigmentation SMP.

Over the last 18 years, we have developed our SMP® technique as an effective, innovative and non-surgical treatment for hair loss. SMP® results leave you with the look of micro hairs that replicate real hair, creating a natural ‘buzzed’ hairstyle, perfect for today’s modern stylish men. 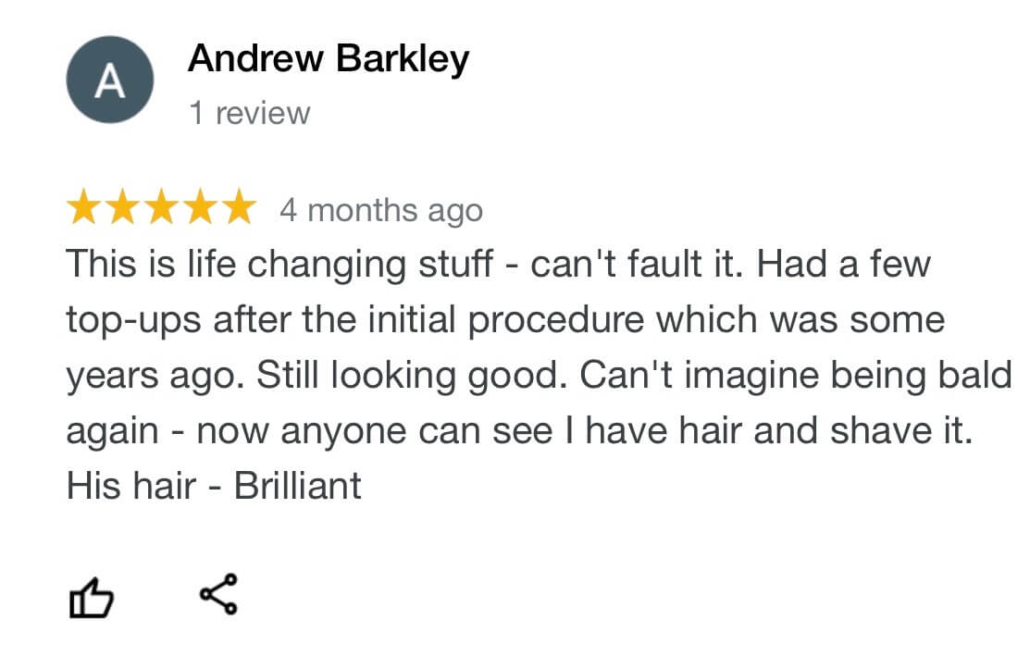 We developed our SMP® treatment using a sophisticated blend of science, cosmetic flair and artistic skill to achieve the most realistic and most natural looking results. SMP® treatments are unique, the technique is safe, the results are instantaneous and represents exceptional value for money in comparison to other surgical and pharmaceutical hair loss treatments.

At HIS Hair Clinic we are substantially more experienced in Scalp MicroPigmentation treatments than any other company worldwide. As the original innovators of this type of treatment and with hundreds of thousands of satisfied clients worldwide, our SMP® technique has been proven and perfected over the last 18 years. We are very proud of our trusted brand, our international reputation and the fact that our SMP® technique has become a mainstream hair loss solution.

We are fully aware and extremely sensitive to the needs of all hair loss sufferers, and our clinics are designed to provide a private and friendly environment. The advice, treatment and service we provide are totally confidential and dedicated to you. With HIS, you will be provided with a high-quality, clinically-proven hair loss treatment, together with exceptional levels of client care pre and post treatment.

SMP® was developed as both a cosmetic procedure for men suffering from all types of hair loss, and as a medical procedure to help conceal scars, burns and birthmarks, as well as the full spectrum of alopecia conditions.

During a SMP® procedure, a blend of specialist pigments are deposited into the upper dermal layer of the skin on the scalp. Using a highly sophisticated combination of angles, penetration depths, deposit sizes and pigment shades, these deposits create an extremely realistic illusion of real shaven, micro hairs on the scalp. 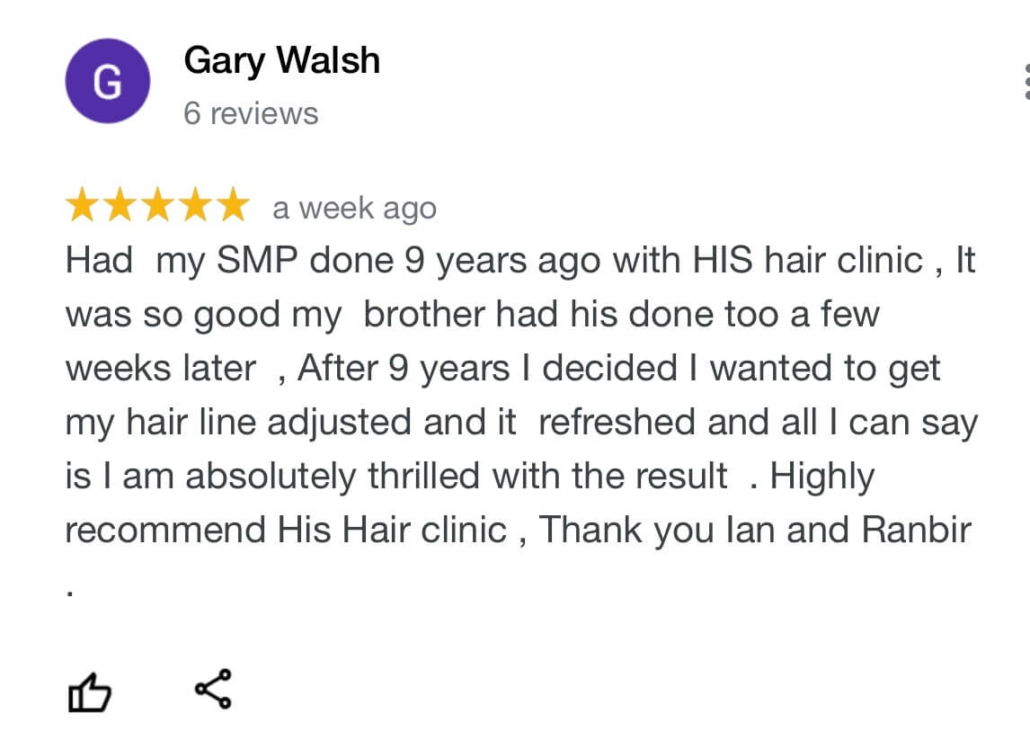 THE DEVELOPMENT OF SMP®

Ian Watson, Co-Founder and CEO of HIS Hair Clinic, suffered from Alopecia Areata due to the stress of losing his brother to cancer. After researching all the hair loss options available, he concluded none were suitable for him.

Following several years of intensive research, and honing the technique alongside some of the world’s most respected hair loss experts and micro pigmentation practitioners in Harley Street, London and Melbourne, Australia, SMP® was established. Ian quickly realised that Scalp MicroPigmentation procedures could dramatically change the lives of hair loss sufferers worldwide and set out to develop HIS Hair Clinic as an international hair clinic with his sister-in-law and business partner Ranbir. The rest, they say, is HIStory.

Ian was subjected to the worlds first SMP® treatment, therefore as an ambassador for the SMP® technique, the results are there for all to see. Since then, the technique has been tested and refined in order to be able to prove the treatment is completely safe and effective, since regular tattooing inks applied using traditional tattooing techniques have the tendency to migrate and change colour under the skin over a period of time.

Over the last 18 years, SMP® has changed the way people around the world deal with hair loss. Previously, hair loss solutions had been temporary (hair systems, concealers etc), have had their effectiveness called into question, or involved a surgical procedure, some of which resulted in scarring. 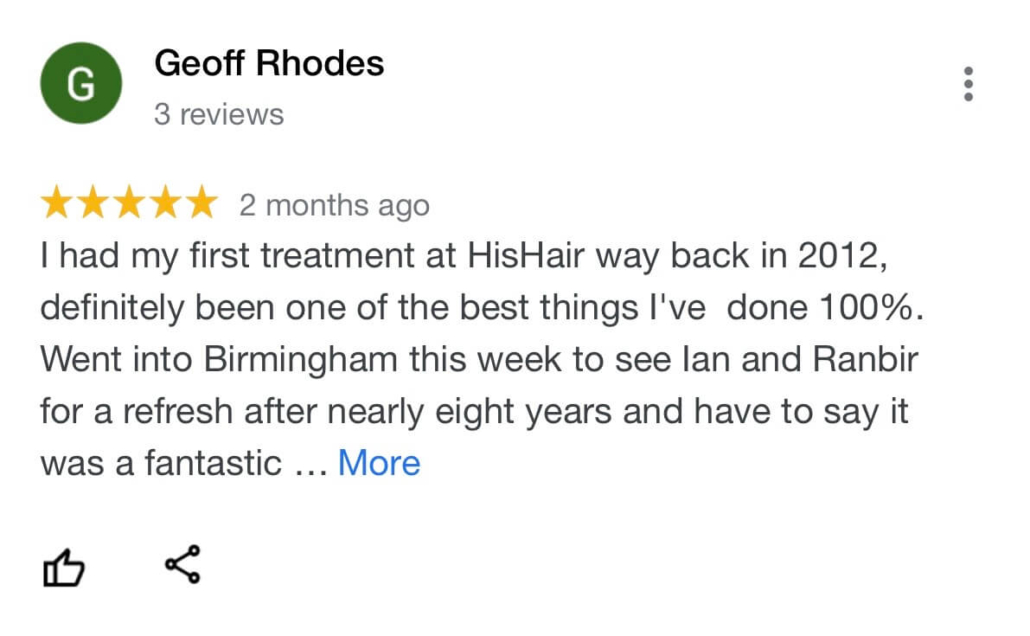 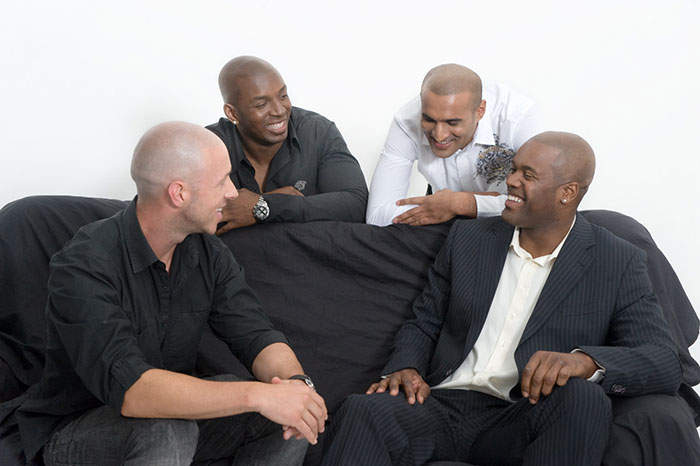 WHY CHOOSE HIS HAIR CLINIC?

HIS Hair Clinic specialises in the cosmetic field of Scalp MicroPigmentation. Although we do offer all other hair loss solutions including hair transplants, hair systems, Minoxidil, lotions, pills, and laser therapy, we still focus all our efforts on providing world-class Scalp MicroPigmentation procedures. We utilise our artistic flair to create super natural and realistic hairlines, exact colour matches and carefully constructed follicle densities on a daily basis.

Whilst some tattoo artists, permanent make-up practitioners and hair restoration companies claim to offer a similar service, they do not solely focus their effort and skill on this type of specialist hair loss solution.

The most important and most significant advantage HIS have over any other company offering Scalp MicroPigmentation treatments is personal experience, having created the SMP® back in 2002 and before the global hair loss industry were even aware of its existence.

This critical knowledge based on actually undergoing Scalp MicroPigmentation treatment allows HIS Hair Clinic to totally understand the long-term effects on the scalp. The technical experience of HIS Hair Clinic is crucial and relates to preserving best results and how to successfully overcome the potential risks of colour change and migration underneath the epidermal layer of the skin.

Our journey over the last 18 years has created our HIStory, we’ve developed an amazing technique, we’ve travelled the world, we’ve helped hundreds of thousands of people and we’ve created a SMP market. If you want the best, we would love to hear from you!

Although his stands for quality SMP procedures, it also stands for: (hair-ink-skin). The 3 main components of Scalp Micropigmentation. 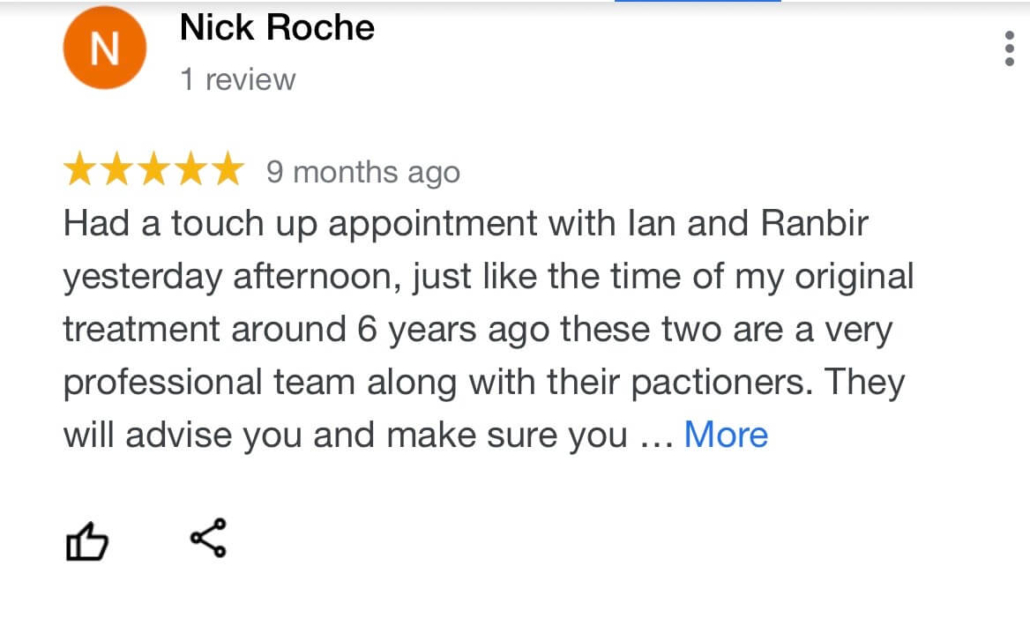 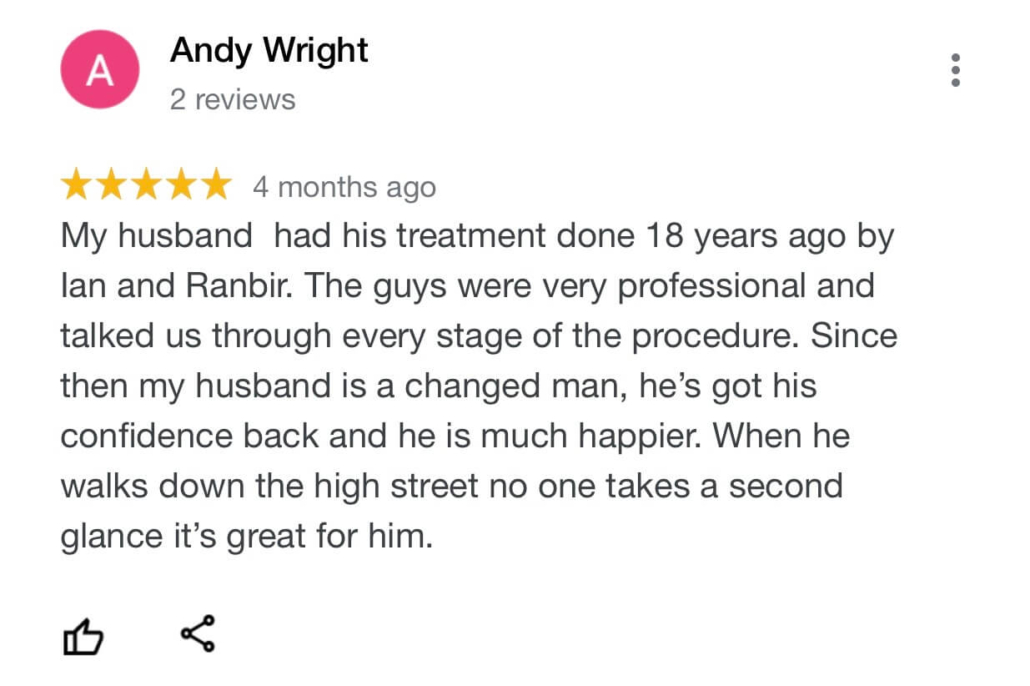 Contact us today to arrange a free consultation and one of our UK clinics. We can also offer digital or remote consultations via Zoom, Facetime or WhatsApp video.

Download our brochure to read more about our SMP® treatments.

Download Brochure
Menu
We use cookies on our website to give you the most relevant experience by remembering your preferences and repeat visits. By clicking “Accept All”, you consent to the use of ALL the cookies. However, you may visit "Cookie Settings" to provide a controlled consent.
Cookie SettingsAccept All
Manage consent