Why Does Our Hair Go Gray? 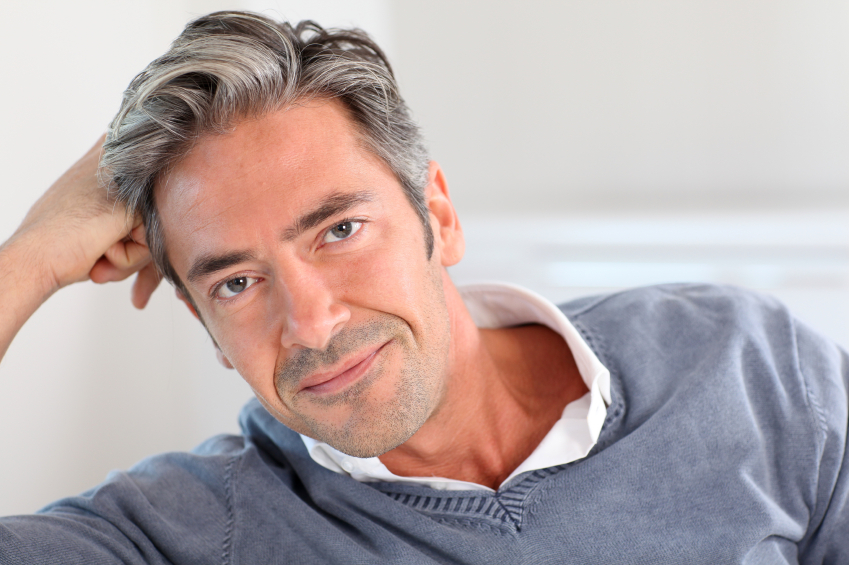 The gray hair. For some, it’s a symbol of the wisdom that comes with age; for others, it’s the unfortunate reminder that bearer is just getting older. But gray hair isn’t simply reserved for the elderly, but can happen at any age for any number of reasons.

So what’s the story behind gray hair? Why does it happen to some, but not all? Who is more likely to happen to? And what causes it?
Researchers did a study where they tested the ‘gray hair rule’ that states that by the age of 50, half the population will have lost the color in 50% of their hair. We had never heard of such a rule, but these researchers who had set out to find out the validity of the unfamiliar rule and what they discovered was this: 74% of people between ages of 45 and 65 had gray hair. Studies also concluded that gray hair was more more prevalent in men than women, and more so in Caucasians than Africans and Asians.

What causes this?
One’s hair color is determined by the cells known as melanocytes, which are found in the hair bulb of the hair follicles. These melanocytes produce pigment that then determines the color and shade of the growing hair fiber. The ratio and presence of different types of melanins such as eurmelanins (responsible for black and brown hair color) and pheomelanins (responsible for blonde and red hair color) is what determines the shade of one’s hair color.
Hormones factor in this as well, as a melanocyte-stimulating hormone can darken light hair, such as increased levels of estrogen during a woman’s pregnancy. Medications can also alter one’s hair color, as is the case with some meds for epilepsy which can also cause lighter hair to darken.
So with this in mind, we need to look at how the hair grows to understand how gray happens.
Human hair growth, as you may already know, is cyclical. There are three growth phases: anagen (active growth phase), catagen (transition phase), and telogen (resting phase). During the anagen phase, the hair grows continually at an average rate of 1 CM per month, and can this phase can last upwards to five years.
When the anagen phase ends, the hair follicle turns off causing the follicle to shed and remain empty until the anagen phase starts back up again. Just like how hair growth goes in cycles, so does the hair pigment production. It turns off and on in sync with the hair growth cycle.
And this is where the gray comes in.
When the cells responsible for producing the hair’s pigment turn off and fail to turn back on again, what we’re left with in the next anagen growth phase is gray hair.
But why doesn’t those cells turn back on? At the end of the anagen phase, some o the melanocytes become damaged and die. “If the melanocyte stem cell reservoir at the top of the hair follicle can replenish the bulb, this keeps pigment production going. But when the reservoir of stem cells is exhausted, pigment production stops and the hair turns gray.”
Genetics seem to play an important role in determining when the gray starts appear. Studies of identical twins has shown that they tend to being to go gray at the same age.
Luckily for those of us out there feeling guilty about being the source of our parents gray hair, there is no evidence that would suggest that stress prematurely causes one’s hair to go gray. Similarly, there is no scientific link between one’s lifestyle or diet that would suggest either things cause graying.
However, people experience autoimmune diseases such as alopecia areata, vitiligo, or autoimmune thyroid disease, can and have experienced premature graying.
In order to avoid going gray, one would need to either prolong the life of the melanocyte cells in the hair bulb or expand the aforementioned reservoir in the follicle to ensure they continue to replace previous pigment cells.
And a group of French scientists are working on just that. By replicating the properties and actions of an enzyme called dopachrome tautomerase, which acts like a natural antioxident which protects the melanocyte cells, the cells are able to continue production pigment for the hair follicle. Work is presently being carried out in order formulate this enzyme in the form of a spray-on serum or shampoo.
It would appear that in the near future, one will have a black and white solution to going gray.