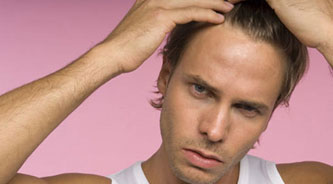 Balding is a condition that can be a sensitive topic at any age. Those that seek treatment should be afforded the best care for their situation. Hair loss may manifest itself in different ways. Some might also experience its symptoms earlier while others, later in life. One thing that must remain the same however is a compassionate approach regardless of the severity of balding a person is going through.

Rob is from Hertfordshire who experienced balding at an early age. He noticed his hair becoming thinner at the sides and at the top around the age of twenty-three. Eventually it started to become more severe. He tried different medicines and lotions for his condition that worked in the short-term. This did not last however and regressed to his former state shortly after he discontinued its use. It affected his confidence being quite young at the time and he did not feel like he wanted to seek further treatment for it. Getting a hair transplant was just something Rob did not want to consider.
Scalp micropigmentation was more for him. He saw how quick and simple the process was. All he had to do was come in for consultation, have his treatment done at a next appointment date, go home and wait a few days for it to heal. What made him push through with his procedure was seeing the good results others had with it. He admitted that it was difficult to detect that there were pigments on a patient’s scalp. It is as if there was nothing done at all.
His balding condition was characterized by a receding hairline at the temples and some hair loss in the vertex area. This progressed to thinning at the frontal area as well as other parts upon his scalp. What he basically wanted done is to create a slightly fuller look by adding more density to his existing hair. He shares that his first session took about an hour while the second one finished in a little over two. Rob believes that it turned out really well and is quite happy with it. It appears quite natural and it filled in the spaces where it showed the most hair loss. The technician did not layer the top of the head in an exaggerated way and kept a very sensible looking hairline. He enjoys the fact that nobody really made a comment about his treatment apart from immediate family who knew of the procedure.
The best advice that Rob has to give for prospective clients is to come down to the clinic and get a consultation. Nothing beats getting advice from the qualified staff at HIS Hair Clinic. The technician who handled his case was really cool and considerate. Rob really felt very relaxed when he visited the clinic and has only high praise for it. He goes further by advising potential patients to visit the forums and try to meet someone who has received scalp micropigmentation. Chatting with them can put their mind at ease. The main goal however is to try to arrange a meeting in order for the prospective clients to see the results of an actual treatment.