Will Smith is one of the worlds most popular actors. Only a handful of individuals can rival his achievements, and unsuprisingly, Will is adored by armies of fans the world over.

After losing his boyish “Fresh Prince” afro, Will Smith now sports a far more contemporary hairstyle. The long locks are gone, opting instead for a short, closely cropped style. His continuing popularity is proof that the short style is very much in demand, reassurance indeed for those who may be considering an MHT® treatment. 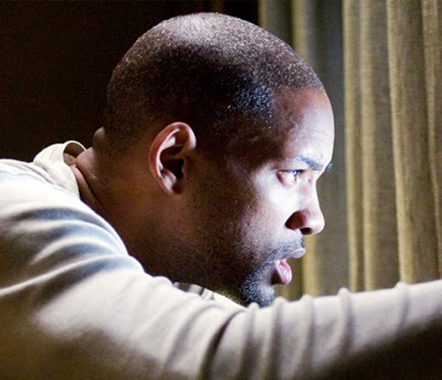 In fact, following his performance in I Am Legend, in which he plays a lone survivor with noticeably greying hair, Will Smith can rest assured that as he ages, women will not be put off by a bit of grey hair, as his appearance in the aforementioned film did nothing to quell their enthusiasm!

On 28th September 1968, Willard Christopher Smith II, or Will Smith as he is better known, was born in Philadelphia, Pennsylvania. Little did his proud parents know at the time, but Will Smith was born to become one of the worlds most popular, recognisable superstars.

The son of middle-class parents (his father owned a refrigeration company and his mother worked for the school board) and… More the second of four children, he earned the nickname “Prince” thanks to his ability to talk himself out of trouble. The nickname became part of his popular persona when, with fellow rapper Jeff Townes, Smith (who had been rapping since the age of 12) formed the duo DJ Jazzy Jeff & the Fresh Prince. Smith found fame as a rapper, producing two platinum albums and winning a Grammy for He’s the DJ, I’m the Rapper.

Although he initially became famous as a rapper, Will Smith went on to prove his acting talents in both television and films, eventually winning a reputation as an entertainer who could easily cross back and forth between musician and actor. In the process, he became one of the most successful entertainers — African-American or otherwise — in the American popular consciousness of the 1990s.

However, by the time he was 18, Smith had squandered much of his fortune and was in debt to the IRS. Help came in the form of Warner Bros. executive Benny Medina, who wanted to create a TV show based on his own experiences as a poor kid living with a rich Beverly Hills family. The result was The Fresh Prince of Bel Air, a popular sitcom that gave Smith — who had turned down an M.I.T. scholarship to pursue his career — even greater fame as the show’s protagonist.

During the show’s six-year run, Smith began to branch out onto the big screen, the results of which propelled Will into the celebrity stratosphere. Smash films such as Bad Boys, Independence Day and Men In Black, followed by more recent titles like I-Robot, Hancock, I Am Legend and The Pursuit Of Happyness, secured his place in Hollywood history as one of the greats.