Whether you are a top or an aspiring artist, you want to look good when you perform on stage. 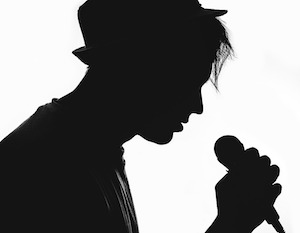 There may be tens or thousands of fans watching you sing and you need to leave a good impression from the beginning to the very end. Some artists like to wear various fancy suits that are covered in glitter, while others like Lady Gaga take a more shocking route. There are still artists who try to remain as vanilla as possible and just care about their personal looks, ensuring they are fine.

If you take a look at people such as Radiohead’s Thom Yorke and if you care about them, you might notice some differences throughout the years. No, we’re not talking about aging, although this is the most obvious thing that happens with most men, but about hair loss. This is another serious issue that must be dealt with and there are plenty of ways to make your head look good once again. For an artist, it is important to look good because this can boost self-confidence. If you are not feeling really well in your own shoes, it will be difficult to pull off a certain clothing or hair style.

There is much debate about Thom Yorke’s head and hair and a lot of people are wondering about his hairstyle. However, the debate remained open since about five years ago, with no solid answers. There is still speculation out there, but there isn’t too much you can take into account if you want to understand what is going on with Yorke’s hair. Some say that he wears a wig, while others say that he has had a hair transplant.

The surest thing in the whole story is that Yorke was going bald for some years now. It’s understandable, he’s not the youngest artist out there and the age might take its toll sooner or later. This is something that not just him, but most of the world’s men will experience at some points during their lives – baldness. It can affect you in different ways and it will not only put problems to your looks, but also to your feels, as many men have their self-esteem dropped to the ground when they go bald. Thanks to the available solutions out there, you can get back most of your hair back and this is what Yorke seems to have done, as well.

There is not too much news regarding his hair updates, but one source states that Thom himself confirmed in 2008 that he is wearing a piece. If this is the case, then Thom shouldn’t be scolded for the decision, but praised that he came out of the closet and admitted that he done something to look better. Each man decides to go on a different route when it comes to hair loss and none of them is wrong. Thom is unlikely to have had a transplant in the meantime, but he might have one in the future, considering his ever-thinning hair.