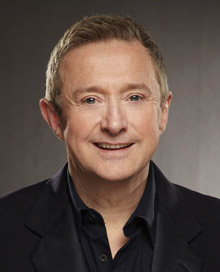 Louis Walsh, a member of the judging panel on hit TV show “X Factor”, has finally admitted having a hair transplant, at a cost of around £30,000.

Following taunts by X Factor boss Simon Cowell, the Louis Walsh hair transplant story will hardly come as a surprise to most people. The transplant rumours have already been well documented in the media.

As Louis Walsh, aged 59, was preparing to join fellow judges Kelly Rowland, Tulisa and Gary Barlow for the X Factor final, his thinning hair was pointed out by Simon.

But Cowell persisted: “Darling, you are. You’re losing your hair.”

The procedure, commonly known as FUE (Follicular Unit Extraction) was performed in August 2011, and involved taking hair from the back of his head and implanting it in spots towards the front where it was thinning.

Louis said: “It’s called maintenance. It’s not a wig or a syrup of figs or an Irish jig. It’s just me with my own hair, feeling better. It’s like going to the doctor and getting something done to your heart before it goes.”

Fans are unlikely to notice the results of Louis Walsh’s hair transplant immediately. Louis explained: “It takes about a year to fully come through.”