A hair transplant for Calum Best 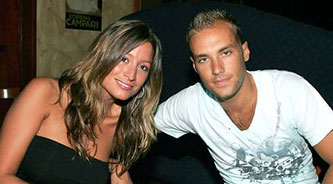 Former model Calum Best is one of the growing number of young celebrities to undergo hair transplants. With more famous people coming forward with news that they have had a hair transplant the stigma that once went with this form of treatment is slowly being removed. 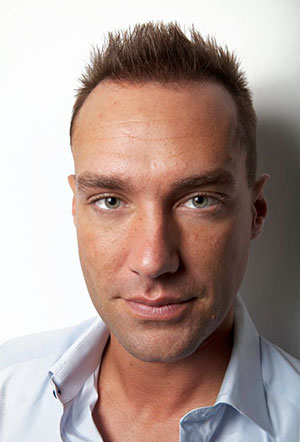 After hearing about Wayne Rooney going through the procedure Calum Best decided that he would benefit from this way of improving his appearance. Having used peroxides to bleach his hair and tying it tightly back into a pony tail, has taken its toll on his hair. Hair has to be looked after to keep it in prime condition and the use of bleaches and colourings in the hair can have adverse effects.

Pulling hair back into a tight band can pull at the hair roots and destroy the follicles thus preventing hair from growing, a condition known as traction alopecia. Over time the hair line recedes and gives an effect of going bald. This certainly happened to Calum Best and he now realises that hair needs to be taken care of.

It is not a quick fix solution and other methods and reasons for hair loss should be looked at first by a specialist. Hair can be lost due to stress, shock, illness and even medication. Fortunately for most of these conditions hair does grow back so it is important to explore the problem. However, hair that has been damaged through ill treatment is not likely to regrow.

Today it is becoming common practice for young celebrities to look at different ways in which they can keep their youthful look, and hair transplants and new solutions such as scalp micropigmentation are becoming popular. As Calum Best said he did not want to be bald, he did not want to bend down and people think he was going bald. It made him lose some of his confidence so with the help of a specialised hair clinic and doctor he went ahead with the procedure.

He has been very pleased with the results and says it has been worth the thousands of pounds he has paid out. It takes time before the transplant is successful. Hair can die before it regrows again. The procedure is not without pain and risk. The scalp has to be anesthetised before the operation can start. Where possible, hair is taken from other parts of the head to give a good match. The scalp swells and is at risk from infection. Scars can also form if care is not taken.

Despite any drawbacks Calum Best feels he has benefited from this procedure. It has already given him his confidence back. Some of his fans would like to see him with a shaved head and certainly today more and more are taking that course of action. It does not seem to have the same stigma as it once had and men would rather do that than where a wig or toupee.

Calum Best, currently without a girlfriend, is hoping this will attract the women. Having a hair transplant is not to be taken lightly there can be side effects and before a transplant is thought about other solutions should be looked at. There are natural remedies such as head massages to stimulate the scalp and encourage blood to the hair follicles. Mint essence and coconut oil rubbed into the hair and wrapped in a towel before being washed is said to be beneficial.

There is also medication available that should be tried before more invasive procedures. With the improvements in science and technology hair transplants are becoming more successful but can still take up to a year for it to be fully noticeable. It is time consuming and not an overnight fix but for Calum Best it has been worth it.

For some men it is hereditary condition that causes the hair loss but this does not seem to be the case for Calum Best. He admits to the way in which he treated his hair when he was younger. The hair that has been transplanted will last and as he has had it done a younger age the procedure should be successful. However, he now needs to take care of his hair and avoid bleaches and tying it back tightly.

With the likes of football stars, models and celebrities undergoing this procedure it is becoming more acceptable to admit hair loss. It has its place in the beauty world with it being another process to keep young looking. Competition to be the sexiest person has reached an all time high and celebrities are prepared to go to such lengths to be in the running for nominations.

Calum Best is famous for being a model and the son of footballer George Best and will always want to keep his name in the limelight. For this he needs to be comfortable and confident with his own looks.