Can drinking tea cause hair loss? 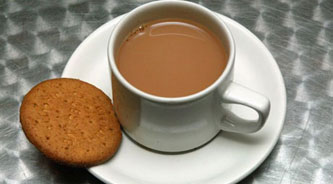 A cup of tea is drank by millions of people every day and they do not all have hair loss. There are many contributory factors to both healthy hair and hair loss. There have been studies as to whether or not tea, green tea, black tea or any other form of tea has any effect on hair. Tests have been carried out on mice and at one time it was thought green tea could help by blocking DHT but this no longer seems to be the case. 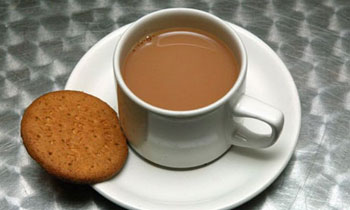 DHT (dihydrotestosterone) is the androgen hormone that is the cause of the hereditary hair loss commonly referred to as male (or female) pattern hair loss. In men the hair normally starts to recede at the front and temples until eventually the top of the head is bald but there is hair round the sides and back. In women the hair thins and there can be bald patches but rarely is there complete baldness. Higher levels of DHT, which is produced by the male hormone testosterone, destroy the hair follicles which are sensitive to DHT and once destroyed the hair follicles will no longer be able to hold hair.

It was hoped that tea especially green tea would keep down the levels of DHT as the catechins in green tea have 5-alpha-reductose inhibiting properties. This does not now seem to be the case but there are other benefits to drinking tea that could help with hair loss that is not genetic. Green tea in particular is thought to relief stress with its calming effects. As stress is a contributor of hair loss it could, in this way, help to reduce the amount of hair loss through stress by bringing stress under control.

Tea contains tannins which are naturally occurring plant polyphenols which bind and precipitate proteins, amino acids and alkaloids. It acts as an antioxidant which can help with health but can also have an effect on iron absorbed by the body. If there is an iron deficiency it could result in loss of hair over a period of time. Anyone with an iron deficiency should avoid drinking more than 3 cups a day and with food. To avoid iron deficiency lentils, green leaves and red meat are a good source and will help to prevent hair loss due to low iron count. Conversely too much iron will also have the same affects and tea can actually help with this as it will help stabilise iron levels.

Whenever hair loss occurs due to imbalances in the body it takes time for hair to start growing again. It can take up to three months before positive results are seen and if there are still no signs of hair growth after this time it is time to see a hair consultant who will be able to run tests and establish the cause.

Nutritional supplements will help when there is a deficiency but should not take the place of a healthy diet. Some vegetarians can find deficiency in iron as they do not eat red meat which is a good source. Beans are another source but not always eaten. Any doubt and advice should be sought. Too much of any one mineral or vitamin can have the adverse effects so care must be taken.

Leading a stress free life is impossible but there are ways in which stress can be reduced as this is one of the causes of hair loss. It is said a nice hot cup of tea soothes in stressful situations and this could certainly lead to helping to reduce hair loss. As with anything it should be drank in moderation.