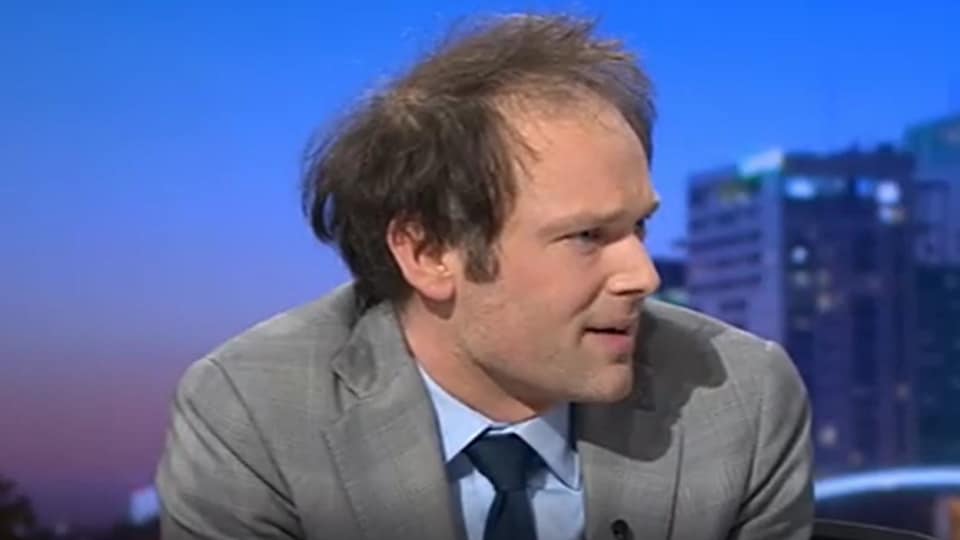 Australia has a new hair loss hero, an under 30 influential figure who treats his hair loss with an enviable degree of not giving a damn.

Eric Jensen is editor-in-chief of the influential newspaper “The Saturday Paper,” a popular and progressive Australian journal. As such he holds a significant position in the culture of the country and provides thought leadership on key issues of the day.

We have to be honest, we had not heard of Eric until the Sydney Morning Herald ran an article about him. Their journalist, Matt Holden, ran a piece that focussed on Eric’s hair stylings… or rather the complete absence of any kind of styling at all – despite the fact that he is clearly at stage 4, or thereabouts, on the Norwood scale of hair loss.

It was an appearance on a TV show that prompted Matt Holden to write his piece. Certainly Eric’s hair, as seen in the picture, gives the clear impression of a man who has not touched anything above his eyebrows since getting out of bed before being interviewed on live television. Described, probably fairly, by wordsmith Holden as “a mesmerising witch’s broom that stick out at the back and sides, flew away madly above, and appeared to be receding purposefully towards the to of his skull.

But Will It Catch On?

It seems unlikely Mr Jensen will encourage a wider acceptance of his look, never mind encourage others to follow in his footsteps. It is an extreme approach to hair care. That said, he will hopefully inspire some towards his “couldn’t give a damn” approach. Matt Holden predicts success: “Chances are his lefty-fogey anti-hairstyle will soon escape the hip confines of the paper’s Collingwood offices, progressing east through the leafy suburbs and west in the direction of Collins Street and it’s hairless corporate HQ.”

We like Eric Jensen. Clearly a man way too focussed on life to be bothered in the slightest about what people might think of his hair. We really like Matt Holden, for bringing him to our attention and for his excellent article. You can read the original here.

If you would like to discuss your hair loss situation with one of our team of friendly hair loss experts simply complete the contact form at the side of this page, or click here to find your nearest clinic.

Previous Post
When Is A Head Tattoo A Bad Idea?
Next Post
Jamaica’s New First Lady of Hair Loss