Milk of Magnesia – Good for Anti-Shine?

Milk of Magnesia was “discovered” quite early on the history of Scalp MicroPigmentation (SMP) as an effective anti-shine. Recommended by one client to another and on through the forums to become a popular solution for reducing shine on many an SMP wearer. But is this off label use appropriate? We take a closer look at something that has been all our homes since… well, forever.

What Is Milk of Magnesia?

Hydrogen Peroxide (MgOH2) is the active ingredient in Milk of Magnesia, in its most simple, unflavoured, form it only contains its active ingredient and water, along with a dash of sodium hypochlorite. It works as both an antacid and as a laxative.

When this compound breaks down in your body magnesium ions (Mg2+) are formed, because they are not easily absorbed by the intestine they are able to draw water from the surrounding tissue… which acts as a laxative, adding water softening any problems you might have in that regard. It is more commonly used by sufferers of stomach ulcers or indigestion to neutralise acid in the stomach – It does this because hydroxide ions (OH-) will combine with the problem causing acidic hydrogen ions (H+) in stomach acid to form water… thus neutralising the PH level in the gut and reducing the discomfort.

Milk of Magnesia As Anti-Shine

The use of Milk of Magnesia as an anti-shine has grown through word of mouth, often a good indication that there might be something behind the claims. There have been at least one study which supported it’s claims to be an effective degreaser.

Remember the other ingredient? Sodium hypochlorite is better known as bleach, which is also a strong oxidiser and can result in less oil on the skin. 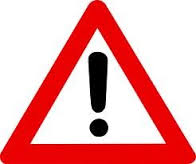 There are a couple of outstanding reasons to be wary of using MoM on your skin,  not least the fact that it has a PH level of 10.5, on a scale where 7 is neutral and household bleach is a little over 12. When dissolved in water, sodium hypochlorite produces sodium hydroxide which has a terrifyingly high level of 14!  There are issues associated with keeping skin at a high PH. These include contact dermatitus and increased acne among many others… The low PH level interferes with the normal process of skin peeling and leads to increased bacteria.

In short, prolonged use of MoM on your scalp has the potential to be seriously damaging.