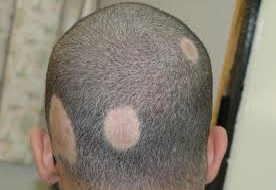 When, during her junior year of High School, Samantha LaMeres was diagnosed with Alopecia Areata it came as a shock. When the condition continued to deteriorate she bought a wig but having served her well for many years the wig itself has deteriorated to the point where it can only be worn with hats. Having spent so many years hiding her condition it was a bold step to share her story using a crowdfunding website in an attempt to raise the cash to buy herself a new wig. Happily the strategy was an undiluted success and she raised the necessary money within two days. We take a closer look at her remarkable story.

When Samantha first presented with alopecia areata it took the traditional form, small clumps of hair would fall out, often in circular patches and randomly around the scalp. Believed to be the result of the body’s own auto-immune system the condition is little understood with no deep understanding of the precise triggers. The condition itself can present in a spectrum of severity, for some it will be just the occasional patch, for others it will involve significant hair loss… for an unlucky few it will develop to become full blown alopecia totalis, which can see all hair lost from the entire body.

Samantha’s case started with losing occasional tiny round patches of hair, which she could easily cover up with her own hair. She described it as “frustrating but not that bad”. Unfortunately for Samantha her condition deteriorated until in 2013, 6 years after her diagnosis, she took the brave decision to shave her head – having convinced herself scarves and hats would be a better solution. Not unreasonable given that she lives in the state of Montana, famous for it cold winters – so hats are universal for a long part of the year. Quite quickly though the lifestyle became challenging and questions from strangers about why she had no hair prompted her to search for a suitable wig, not a cheap option as it was not covered by her insurance. The wig was great, but due to it’s poor quality it became necessary to wear it under a hat. 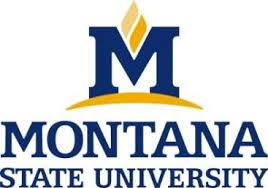 Today, Samantha is a student at University of Montana’s biology and immunology department… where she is continuing the studies she hopes will lead to a job researching the condition that she has suffered with for so long. The cost of her education meant there was no spare cash to save towards the new wig she needed, in desperation she turned to a crowdfunding website and shared her story. Within two days a total of 51 people donated the $2068 she needed to buy the high quality wig and have it fitted, as Samantha said “… it will be the best quality wig I have ever owned and would ever hope to own”

We hope that the confidence she gains from wearing her new wig propels her to ever greater achievements in her studies, it would be great to read that she becomes the researcher who makes the breakthrough in understanding needed for the medical community to be able to offer real solutions to alopecia sufferers.

To discuss your own hair loss with one of the HIS Hair experts simply get in touch to book a free consultation. Click here to find your nearest clinic.