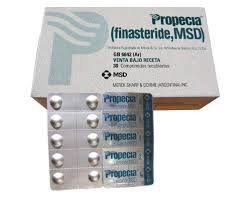 Of the only two approved hair loss medications, just one is currently suitable for women: minoxidil. The other, finasteride, is not licensed for female use as it has the potential to cause foetal abnormalities in pregnant women. However, for women who are beyond their childbearing years, could finasteride help them combat female pattern baldness? When around 40% of women suffer diffuse thinning as a postmenopausal symptom, an addition to the anti-hair loss arsenal would undoubtedly be welcomed.

How does finasteride stop hair loss?

Finasteride acts as a block to the enzyme responsible for the conversion of the hormone testosterone to dihydrotestosterone (DHT), an androgen; in those who have a pre-existing hereditary disposition to male or female pattern hair loss, the DHT slows, and even prevents, hair growth by miniaturising the hair follicles. After the menopause, many women notice a thinning in the hair, often starting with a widened parting. Hormonal changes may have resulted in raised androgen levels and if finasteride can bring these down, it may be possible to halt further hair loss.

When will women be able to take finasteride?

In August 2015, researchers at the University of Florida launched a year-long clinical trial into the use of finasteride in the treatment of postmenopausal female androgenetic alopecia. Prescribing 5mg of finasteride daily to one group, and a combination of minoxidil and spironolactone to another, they will compare the hair growth and/or loss using the Ludwig-Savin scale. The trial will only test the drug on women who are either over 60 or who have had a total hysterectomy so premenopausal women dealing with androgenetic alopecia have longer to wait. Hair loss experts the world over await the outcome of the trial eagerly, hoping it will give them more to offer the many women living with the distressing condition that is female pattern baldness.