Hair loss and DHT – how are they connected? 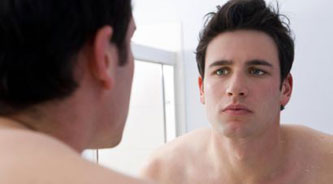 Hair loss is a condition that most men and women would rather avoid. It is a natural occurrence that happens as a person advances in age. There are other causes however, which are self-inflicted or brought about through outside stimuli. These hair loss causes should be diagnosed correctly in order to properly address it through treatment.

One of the most if not the most common hair loss conditions among men and women today is androgenic alopecia. This is also called as male pattern hair loss or female pattern hair loss respectively. It affects about seventy percent of men in their late twenties to their early thirties with hair loss beginning in the temporal areas followed by the frontal central region just above the forehead, both receding backward. The central vertex area will recede next in a circular outward motion. These two receding areas will meet at the center on the top of the scalp and would eventually result in total hair loss leaving only the lower portion at the sides and back of the head untouched. Female pattern baldness on the other hand, affects about forty percent of women around the age of forty. Unlike in men, this begins in the crown of the scalp by a thinning of the hair. There is no receding hairline and will only progress to further shedding around this area. Female pattern baldness will rarely result in total hair loss.

Shrinking of the hair follicle occurs when the DHT blocks it from receiving the nutrient rich supply of bloodstream. The papilla of hair is the component that is responsible for taking in these nutrients. There would be an eventual shedding of hair strands when the hair follicle shrinks to a significant degree.

Treatment to effectively prevent DHT from forming is available in the form of the Food and Drug Administration (FDA) approved medication called finasteride. It is sold under the brand name Propecia and works by inhibiting the 5-alpha-reductase enzyme from binding with testosterone. This could further be complemented with the use of spironolactone that acts by blocking the DHT from binding with the androgen receptors of the hair follicle. It is sold under the brand name Aldactone though does not have any FDA backing. Both finasteride and spironolactone can have potential side effects. It is recommended to consult a qualified physician before proceeding with any treatment to remedy hair loss.

Previous Post
The link between hair loss, low income and poverty
Next Post
What are the non-surgical options for hair restoration?