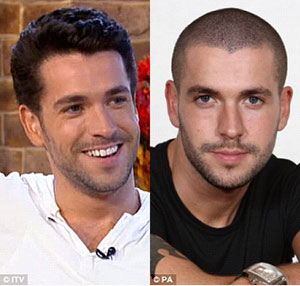 Shayne Ward has stunned fans this week after appearing on ITV’s This Morning with a full head of hair.

Fans immediately took to Twitter to discuss the X-Factor winner’s new look and ‘Shayne Ward’ had quickly trended across the UK.

One shocked fan said: “I like the shorter look better; I can’t believe he has grown his hair!” whilst another said, “’Oh my god shayne ward has got hair what is going on?!”

The singer had appeared on This Morning to talk about his new show Rock Of Ages, in which he stars as rock star Stacee Jaxx, but his new look quickly became the main talking point.

Can someone like Shayne who was so well for his cropped look suddenly go for such an extreme change without alienating his fan-base?

Which look do you think suits him best? Feel free to leave a comment below.