Ryan Giggs may have enjoyed the high life as a professional footballer for several years now, but even the Manchester United legend can’t escape the onset of hair loss.

Normally its the wags who are spotted heading to the salon for expensive treatments, however in a bid to combat his ever-thinning locks, Ryan Giggs has reportedly splashed out over £6,000 on a mystery hair loss treatment. Giggs, 36, is also reported to use hair thickening shampoos and a liquid regrowth formula, possibly similar to Rogaine. 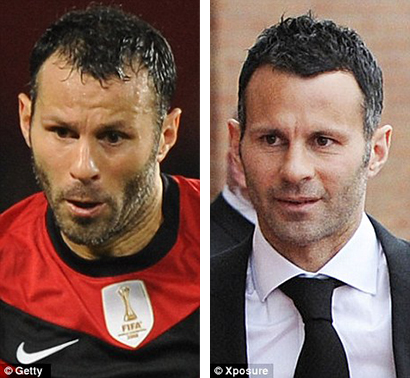 Ryan Giggs isn’t the only sports personality to take action against hair loss. Cricketers Graham Gooch, Michael Vaughan and Shane Warne have admitted putting their faith in “hair regeneration” regimes that, had they paid for them, would have cost up to £10,000.

When Giggs first joined Manchester United more than 20 years ago, his thick flowing locks soon found him a legion of female fans. The Wales international was the English Premier League’s first poster boy, before the emergence of David Beckham.

Thankfully if you are suffering from some form of hair loss, you don’t need a Ryan’s reported £23m bank balance to deal with the problem. HIS Hair Clinics specialise in scalp pigmentation techniques, however there are several hair loss treatments available for you to choose from.

Previous Post
Stem Cell Hair Loss Treatment May Soon Be A Reality
Next Post
What Is Hair Restoration?