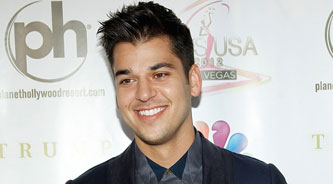 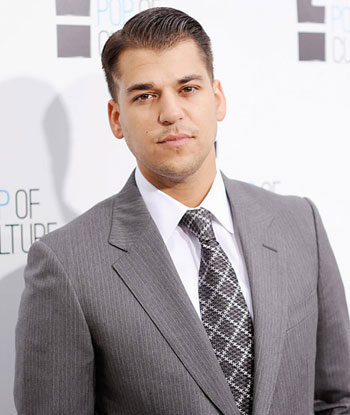 Of all the Kardashian’s we hear about on a daily basis, Kim and her many husbands, engaged to Kanye West, having a baby, battling with weight. Or of Khloe and her ongoing weight drama, of her husband’s drug abuse and infidelity, of her paternity to the late Robert Kardashian. Of Kourtney and her baby daddy drama with the arrogant Scott Disick, Kris the self proclaimed ‘Momager’ and how much of her face is actually hers? Or of her impending divorce from the equally facially challenged Bruce Jenner, we hardly hear much from the only male child and what can only be long suffering Rob Kardashian.

This week however Rob has been making some noise of his own above his sisters and mother, which seems to have rocked some boats in the land of Hollywood. Anyone who is fond of the series will know they all work together on ‘Keeping up with the Kardashians’ or KUWTK to make life easier. Back in 2012 Rob had been attempting to stop the onset of thinning hair in some of the episodes, but to no avail. He has however this week taken to his official Twitter page to promote in his words a ‘life changing’ supplement that claims to not only stop hair loss, but also claims to thicken hair.

Rob tweeted – ‘Loving my daily @Viviscal_US regimen. #hair is looking & feeling much thicker! Try it out,’

And also – ‘In NYC to get personal about how @Viviscal_US Hair Growth Supplement changed my routine & perspective.’

To be fair, he did end his tweets with a cheeky #ad to show the promotion was an advert rather than a genuine endorsement from the male Kardashian.

Viviscal is actually a drug-free dietary supplement, that also claims to maintain normal hair growth. Just what Rob wanted after his taunts from older sister Kim about his receding hairline earlier this year. It seems however that he did begin taking the vitamins for his weight managment and seems to have jumped on board with the Viviscal to hopefully stop the signs of aging that wasnt seen in his late father before him, who always seem to have a thick thatch of hair before his passing in 2003.

Is Viviscal all Rob is trying to make it appear though? Back in 2011 the advertising standards agency (ASA) tackled the manufacturers of the supplement, a UK company called Lifes2Good, over its claims in an advertising campaign it was running to reduce hair loss. In response to the ASA, Lifes2Good UK Ltd amended all advertising within the UK so that it did not imply Viviscal could improve thinning hair and reduce hair loss, action that was deemed satisfactory by the ASA.

In which case does this make Rob’s claim null and void? Everyone is entitled to an opinion of course, but when opinions are commercially endorsed and shared with millions of impressionable fans? Not so sure about that. We wish him every luck in the future, but perhaps stick to your sock designing company Rob, rather than trying to take on the Billion dollar hair growth market?