Prince William is no stranger to the alopecia anguish that plague men up and down the country, and now the taboo subject of this thinning crown has been highlighted by none other than the Queen’s own hairdresser Ian Carmichael.

The 50-year-old cheekily addressed the Heir’s hair by stating “I think William should have a hair transplant, I know he doesn’t want to because he thinks people would criticise him for it but there’s really no shame in it. It’s not just Wayne Rooney, so many men are having them.”

Although transplants are becoming more popular, they take time to undergo and patients need weeks of down-time after the procedure; something that in-demand William hasn’t got.

Ian has tended to her majesty’s royal locks for 14 years and said recently “William had braces on his teeth when he was younger and it’s the same principle. It’s all cosmetic, isn’t it? Hair and teeth are the key to looking young.”

The cosmetic procedure that the Prince could turn to is innovative hair loss solution called MHT® (Micro Hair Technique). The MHT® treatment is a non-invasive, non-surgical scalp pigmentation process which replicates the look of incredibly short individual hair follicles on receding hairlines and balding areas of the scalp, thus disguising signs of hair loss. The effect created is of a short, cropped hair style and the pigments can be tailored to each person’s shade of hair and length required (i.e. grade one or grade two crop).

Here is an artist’s impression of what the Prince could look like an a few years time. However with the MHT® the Heir to the throne could be sporting a stylish cropped hair style, making him look more Beckham than balding. 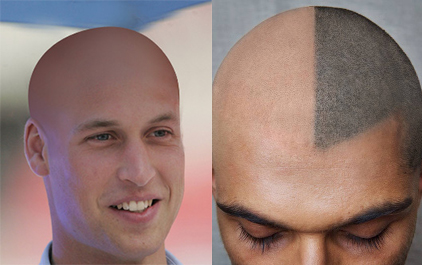 Here is another Prince who would benefit from MHT®: 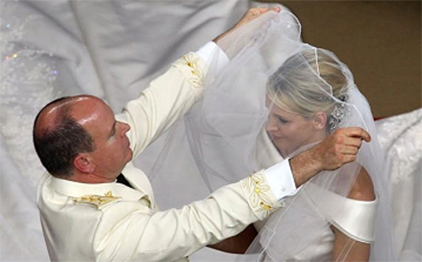 Prince Albert II of Monaco married his young bride in July, but failed to impress the media with his bald spot and receding hairline that could be made to look like a natural cropped look with MHT®.

The co-creator of MHT® and Managing Director of HIS Hair Clinic Ian Watson said: “When you’re in the spotlight like members of the Royal family you are under constant scrutiny and pressure to look good. With MHT® you can create a natural look without the hefty price tag and recovery time needed for a hair transplant.”

HIS Hair Clinic opened their first stand alone clinic on Harley Street earlier this year and due to its success the clinic is now in the process of expanding. Along with the new clinic on Harley Street, HIS Hair Clinics have treatment centres all around the world including; China, France, Germany, Holland, India, Ireland, Italy, Japan, Spain, Sweden, United Arab Emirates, and LA and New York in the US.

Furthermore, HIS Hair Clinic understand the personal affects hair loss can have on an individual and all practitioners are respectful of the client’s discretion whether it be an average Joe, a footballer or the future King.