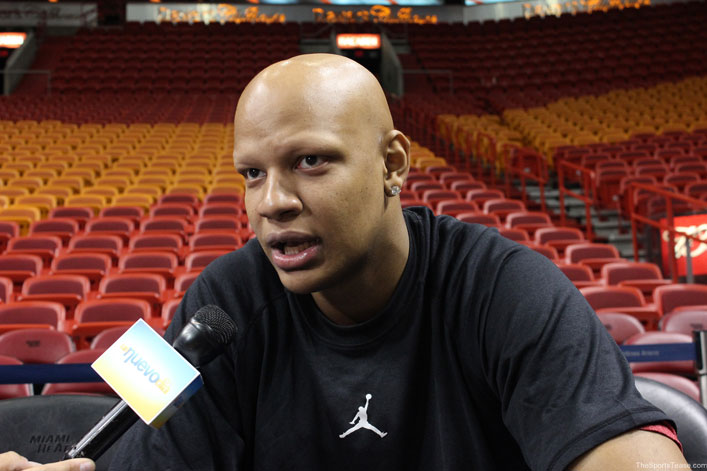 Kids can be cruel. Most know this, whether first hand or just on common knowledge, so it should come as any surprise that when diagnosed with alopecia at the age of 10 that NBA star Charlie Villanueva had a difficult childhood.

It started with his hair falling out in pieces and then at 12 years old, he was completely bald. Villanueva tried his best to hide his condition under a hat, however, his school had a no hat policy. In what he hoped would deflect questions about his alopecia, actually reverse effect. because of his wearing of said hats in the classroom. It wasn’t long until he was subject of relentless teasing from fellow classmates.

The teasing took its toll on a young Villanueva saying, “It was hard because kids, they don’t understand what you’re going through. They would make fun of me, so I would frustrated, but didn’t want to show it. I showed it at home instead.”

Like many athletes looking for fuel for internal fire, Villanueva used the taunts and teasing to fuel him on the basketball court. Being teased for his condition gave him the resolve and fortitude to make a career out of playing professional basketball in the NBA. “All those kids who made fun of me, I think thank them now; they helped make me who I am.” said Villanueva.

Villanueva certainly found success on the hardwood: a member of the 2004 NCAA championship team for UCONN, a top ten pick in the first round of the 2005 NBA draft, and making the All Rookie Team in 2006. Despite enjoying a nine year (and counting) career in the NBA, most recently with the Detroit Pistons, Villanueva hasn’t forgotten about where he came from and what life for a kid with alopecia is like.

Villanueva has partnered with the National Alopecia Areata Foundation (NAAF) as spokesmen and has started his own extension called “Charlie’s Angels Awareness Campaign,” a meet-and-greet program between himself and children who are suffering from alopecia. Villanueva will routinely meet with children with alopecia before the start of home and road games all ove the country during the NBA season. The program gives kids the opportunity to come down court-side and interact with Villanueva, take pictures, sign autographs, while he and his team perform their pre game shoot-around.

“I never had anyone to look up to,” says Villanueva, “so I’m trying to give these kids hope. If I can play in front of thousands of people with this disease, it shows that you don’t have to hide.”

Feedback from the program has been excellent, whether it’s a fifth grader proudly proclaiming that Villanueva has inspired him to have more confidence or 15 year old girl who after years of abuse from classmates began leading lectures the study body about alopecia awareness.

Villanueva admits he’s struggled with the “why me” questions, but now embraces his condition and his role as an inspiration to young people. “I’m a firm believer that everything happens for a reason,” says Villanueva, “and I think I was put in this world to help kids out….when I see the impact that it has, it makes me hungry to do more.”

Previous Post
Christian Slater most likely DID have a hair transplant
Next Post
Turning your Treatment Visit into a Trip: Miami Edition