Never one to have any issues with his appearance, Wentworth Miller is fast gaining recognition as one of Tinseltowns most desirable male actors. Having worked in the background on several TV and movie productions over the years, his eventual starring role in Prison Break catapulted Wentworth into the limelight. 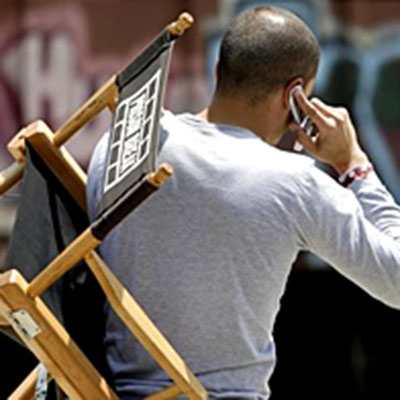 Wentworth Miller has been accused however, of losing his hair. Photographed by a passer-by at the Prison Break set in Dallas, Wentworth appeared to be sporting a patch of thinning hair on his crown. It will be interesting to see if he receives any treatment for his apparent balding, or whether he chooses to let nature take its course. In fact, our MHT® Micro Hair Technique would provide Wentworth with the ideal solution for his hair loss.

The star of hit TV series Prison Break, was born in Chipping Norton in Oxfordshire, England, to Roxanne (Palm) Miller, a special education teacher, and Wentworth Earl Miller, an attorney and teacher. Wentworth was named Wentworth Earl Miller III, after his grandfather and father. The name Wentworth was chosen by his great-grandmother, and is based upon the character, “Captain Wentworth,” from Jane Austens last completed novel, “Persuasion.” 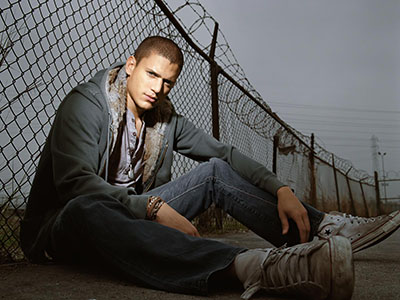 Wentworth’s ancestory includes African-American, Jamaican, English, German, Jewish, and Cherokee descent from his father, and Russian, French, Dutch, Lebanese, and Syrian descent from his mother.Wentworth spent the first year of his life in England, where his father, a Rhodes Scholar, was studying at Oxford. The family then moved to Park Slope, Brooklyn, New York, with Wentworth retaining dual citizenship. He has two younger sisters, Jillian and Leigh.

Wentworth attended Midwood High School in Brooklyn New York, USA, where he performed in an annual musical production, “SING!, which was started by Midwood. The family then relocated to Aleppo Township, just outside of Pittsburgh, PA. Wentworth spent his senior year at Quaker Valley High School. After his high shool graduation, Wentworth attended Princeton University, where he graduated with a Bachelors Degree in English Literature. While attending Princeton, Wentworth was a cartoonist for the school newspaper, and traveled the world as a performing member of the a capella group, “The Princeton Tigertones.” After college, Wentworth moved to Los Angeles for career pursuits.

Wentworth worked behind the scenes for ten years in the entertainment industry. His acting career started with guest spots on TV, including, Buffy The Vampire Slayer, Popular, ER, Joan Of Arcadia, and Ghost Whisperer. His first starring role was as the shy and sensitive, “David,” in the ABC miniseries, “Dinotopia.” His first co-starring film role was in the 2003 film “The Human Stain,” as the young Coleman Silk, a role for which many said he should have won an Oscar. In 2005, Wentworth was cast as “Michael Scofield,” in Fox Networks television drama, “Prison Break.

His performance on the show earned him a Golden Globe nomination, as well as a Saturn award and three TeenChoice award nominations. He has also appeared as Mariah Carey’s love interest in her two music videos, “We Belong Together,” and “It’s Like That.” His most recent projects include Law & Order: SVU, where he played the memorable, Detective Nate Kendall, a role his fans would love to see him reprise. He’s already finished filming Resident Evil 4: Afterlife where he plays the role of Chris Redfield. The film is set to be released in September 2010.

Wentworth spends countless hours traveling the world doing promotional work and fan appearances, and has been known to show a deep respect and appreciation towards his fans.