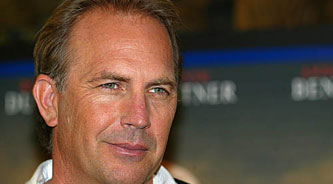 Despite having a hair transplant a few years ago, Kevin Costner remains deeply dissatisfied with his hair loss situation. Could this lead Kevin back to the surgeons office?

It is not a secret to anyone that hair loss is one of the biggest concerns among men. Every one in three men is affected by some type of hair loss. Most of the men have the so called male pattern hair loss which is usually characterised by a thinning hair on the top of the scalp.

Currently, there are quite a lot of methods that can help these problems, varying from some medicines to surgery, but most people still don’t make the best use of these procedures. This is either caused by the fact that not many people are well aware of them or by the fact that not everyone has the courage to do it. However, many of the celebrities with hair loss have already undergone some procedures in order to get a thicker hair which leads to more people learning about those procedures and actually having them.

Kevin Costner is just one of the many celebrities that have some hair loss problems. Kevin Costner is famous both for his great acting and for his magnificent appearance. That is why it is understandable why he is so obsessed with his good looks. During the footage of his new movie he noticed that his hair loss was becoming more significant and this turned into a huge problem for him. People that were involved in the filming process claim that he kept looking at the shot scenes and getting angry because of his bald spots. 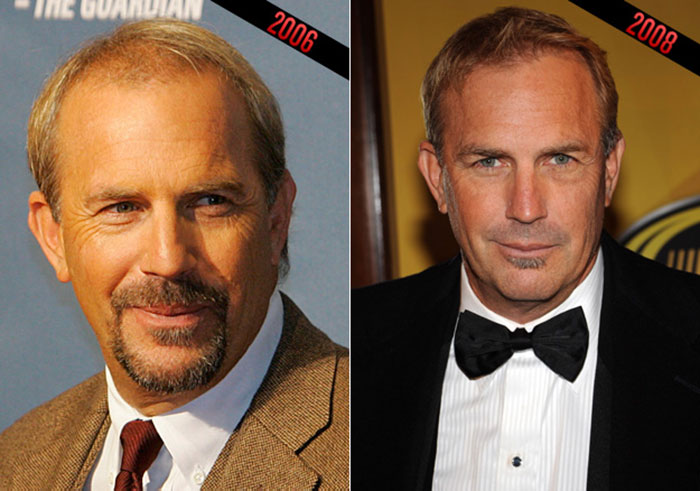 Even though Kevin Costner reported to have had a hair transplant some years ago, he keeps fighting the same battle with hair loss. His hair keeps thinning and that is why he always has the best hairdressers around him that would make his hair look as good as possible. He even jokes that only three of the hairs on his scalp are his own and he has even named them Larry, Curly and Moe.

Despite the jokes he still cares very much about his appearance. That is why his hairdresser is always around and ready to do their best in order to improve the looks of Costner’s hair. His hairdresser usually uses different products that would add volume to his hair and would make it look thicker. Kevin Costner even says that he likes to always have a huge mirror close to him so that he can take a quick look at it before starting to film a new scene. That way he is always able to see if there are some problems with the looks of his hair and he can make his hairdresser take care of them.

Millions of men have hair loss problems and they are doing everything they can to fight back. Even though not all of the available procedures offer permanent effects, the most important thing that everyone has to do in order to get a better looking hair is just to never stop trying.