Hair transplant for Martin Roberts from Homes Under The Hammer 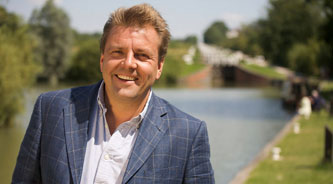 Martin Roberts decided to undergo a hair transplant procedure for about £6000 when he noticed his hair had started thinning. 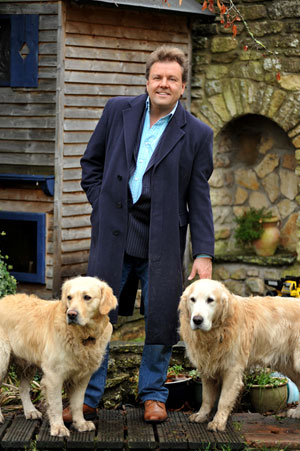 Martin Roberts, star of Homes Under The Hammer, announced that his thick hair is a result of a hair transplant. He had this transplantation because his hair had started thinning and he didn’t like the way he looked. His procedure involved transplanting more than 4000 hairs but he claims it was definitely worth it as he feels much happier now.

Martin Roberts is 49 years old and his operation consisted of relocating more than 4000 hairs from the back of his scalp to its top. He said that his decision was a result of him seeing some shots of himself on screen. He said that whenever a shot of him was taken from the back he couldn’t stop looking at a growing bald patch. Roberts even added that he thought that this patch had started looking like a halo. That is why he took the decision to undergo this procedure.

One of the things that made him feel so confident about having his hair transplant was that more and more celebrities keep announcing that they had also undergone the same procedure. Martin Roberts said that he is really happy that this is no longer a taboo and more and more people talk about hair loss and hair transplants.

Martin Roberts’ wife was also extremely supportive of his decision. He had some second thoughts whether to have the transplant or not but she was the one that stood next to him and helped him take the right decision.

His procedure was done by Asim Shahmalak, a respected surgeon at the Crown Clinic in Manchester. Dr Asim Shahmalak had performed similar procedures on many other famous people.

Hair transplantation was not quite so popular some years ago because the techniques weren’t as advanced as they are now. Luckily nowadays the techniques have moved forward and more people are able to learn about this procedure both online and on TV.

A man’s hair is probably the most important thing that would determine his self-esteem. That is why in the past men were ready to do anything in order to get rid of their hair loss problems. Nowadays this can easily be done by just having a hair transplant that is accessible for almost everyone. This procedure is even more important for people that have to show themselves on TV. Dr Shahmalak says it is just magnificent to see one of his patients on TV and know that this man has a better life because of that hair transplant.

Alternatives to a hair transplant

HIS Hair Clinic operate a dedicated scalp micropigmentation clinic in Manchester, not far from the Crown Clinic where Martin Roberts had his procedure. If you’re not familiar with SMP you should learn about the technique, find out about our company and see our extensive video library.