Benedict Garrett has scalp micropigmentation at HIS Hair in London 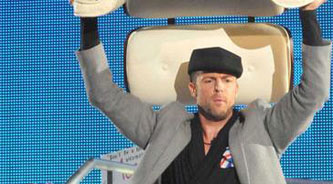 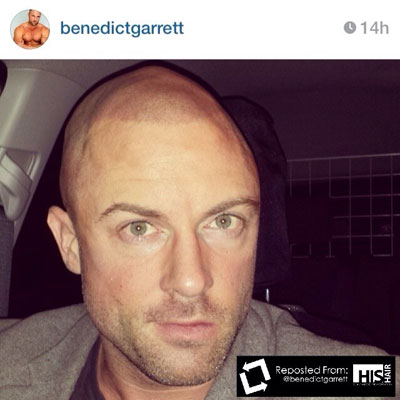 Although most famously remembered for his time in the Big Brother 13 house in 2012 and his chair-raising exit, Benedict Garrett first hit global headlines in 2010. He unapologetically confessed to having been a teacher and head of sex education at a London secondary school as well as an adult entertainer. A year later, he was once again in the press, for single-handedly fighting the General Teaching Council and momentously maintaining the right to remain on the teaching register.

Over the last few years, in his role as a ‘sexual activist’ attempting to change our attitudes to issues relating to sex and sexuality, Benedict has appeared on interviews and debates for numerous television and radio stations in the UK and abroad, written a column for ‘The Guardian’ and been an invited speaker to some of the top academic institutions, including Cambridge, Oxford and Trinity College Dublin. Benedict is often consulted as a ‘sex expert’ for issues varying from pornography to prostitution, sexuality to body image.

Since the age of 14, Benedict has been an accomplished professional actor. He has performed lead roles in various regional and London fringe productions, including ‘The Sound of Music’, ‘West Side Story’, ‘Hot Mikado’, ‘The Fix’, and the title role in ‘Batboy: The Musical’. In September 2012, he made his West End theatre debut acting alongside Matt Evers (Dancing On Ice) in comedy play ‘Up4aMeet’ and recently performed in its 2013 UK tour, alongside LLoyd Daniels (X Factor) and Nikki Grahame (Big Brother).

Benedict has just played another small cameo role in upcoming film, ‘Legacy’, due to be released next year. He has also taken on film roles alongside big names like Noel Clarke (Kidulthood) & Mena Suvari (American Beauty) in ‘The Knot’, Adam Deacon (Anuvahood) in ‘Payback Season’ and Gordon Liu (Kill Bill) in Hong Kong film, ‘Lost in Love’. He has also appeared in an episode of an American television series called ‘Girls’ Guide to Depravity’.

Currently, as one of their solo feature performers, Benedict is touring the country with The Dreamboys as part of their UK national ‘Fit & Famous’ tour. Has has been a regular performer at the venues in Manchester and London. Benedict also makes frequent visits to venues in The Netherlands as part of the London Knights stripping group and has also performed his solo acts in Albania, Belgium and Spain.

As a man who is constantly in the media spotlight, Benedict wants to look his best. When he noticed his hair starting to thin and his hairline began to recede, he decided to do something about it and booked a consultation at HIS Hair Clinic in London. His treatment is pretty standard involving the addition of density throughout his scalp, and the restructure of his frontal hairline.

Benedict has already had one session and he is having his second one today. We’re sure he’ll be pleased with his results and will provide his fans with an update as soon as he is able. In the meantime you can see him talking about his second session.