Wig gives girl with alopecia a new lease of life

Cassie Blackstock is over-the-moon that she can now be like ‘any other teenager’ thanks to her new hair system. 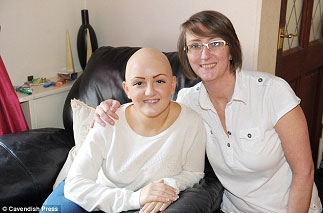 The wig, which is a breathable mesh cap with real hair weaved into it, costs £3000 a year to maintain and will be attached to her scalp with surgical tape.

The hair will be more secure and natural-looking than the conventional wigs that Cassie currently wears. Due to the heavy price tag, Cassie’s family has been raising money by hosting fundraising events.

Cassie was diagnosed with alopecia when she was 11, four years later her hair, eyebrows and eyelashes were all completely bald. 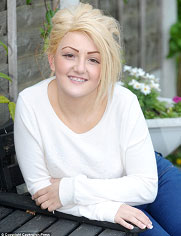 Cassie’s mom, Belinda, said: “’The Hair System will free her from the inconvenience of wearing a wig and make her feel like any other young teenager. We also want to raise awareness of the condition, because hardly anyone ever talks about it.”

Cassie discovered her condition when her two cousins were doing her hair and discovered a bald patch, she was then told she had alopecia by her GP. Belinda was heartbroken when she found out the news but always knew there was a small chance that Cassie could inherit the condition as her father had it briefly when he was a teenager.

Thanks to this new hair system she is soon to receive, Cassie’s family and friends believe her confidence will soar and she will return to the bubbly teenager she was before she was diagnosed with alopecia.