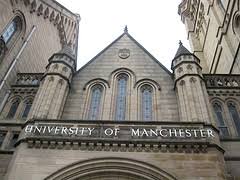 Researchers in Manchester, England have enjoyed great success with their novel treatment for hair loss. We look closer.

The study conducted by a team from the University of Manchester, led by Professor Ralf Paus, have discovered a remarkable, previously unknown, property of hair follicles. They possess an ability to receive messages using ancient receptors that were originally used for sensing smell.

The sense of smell is triggered when molecules are recognised by special cells in the nose, but it turns out these processes are not confined to the inside of the nose. The same pathways areused to help regulate a whole host of other cell functions, among them hair growth.

The team were working on a receptor called OR2AAT4 which is found on the outer layer of hair follicles… What was really remarkable was that the receptor responded to the “smell” of sandalwood, or at least the smell of Sandalore, a synthetic sandalwood used by industry to perfume products. By applying sandalore they were able to produce “substantial, clinically relevant functional hair growth effects.”

Professor Paus explained to the UK newspaper The Independent the reason behind his excitement, “This is the first time ever that it has been shown that the re-modelling of a normal human mini-organ (a hair) can be regulated by a simple, cosmetically widely-used odorant.”

The report in the Independent says that a product is already on the shelves in Italy, though they might be jumping the gun ever so slightly. A “very small” preliminary study performed with just 20 female volunteers was said to have shown positive results. A larger clinical trial is now underway with results expected to be delivered sometime after the new year.

The Independent article also quotes Dr Nicola Clayton from the British Association of Dermatologists who, although not involved in the study, described the results as very exciting and the concept of a hair follicle being able to “smell” and for that to have an effect as “fascinating.”

We will naturally be on the lookout for any updates on this interesting and original line of research. Click here to see the original article on the Independent website.