Minoxidil, Hair Loss Drug Or Hair Of The Dog 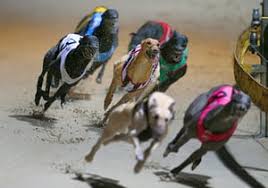 News reaches us that Minoxidil has turned up at the heart of a trial investigating a greyhound race in the UK. We look closer…

Minoxidil has been around for a long time and has featured in countless articles on these pages. As one of only two FDA approved hair loss medications on the market it has become a go-to product for many hair loss sufferers.

It was developed by a company called Upjohn, later to become part of Pfizer, in the late 1950’s with the intention of treating ulcers. Around 200 variations of the compound were produced and eventually, in 1979, one of them would be approved by the FDA as an oral tablet to treat high blood pressure.

Later they would receive permission to test the drug for its efficacy in treating hypertension. In the second of two studies they noted unexpected hair growth in the number of the study patients… and the rest is history. It would take until 1988 for the FDA to approve minoxidil as a hair loss treatment, though by then the study results were already seeing many doctors supplying it off-label to their patients suffering with hair loss. Three years later, in 1991, the product would also be approved for women in a landmark moment… it remains the only FDA approved hair loss product available to women.

Hair For The Dog

Despite being familiar with the development history of minoxidil, which has seen it used in a variety of ways,  we were surprised to learn that it can be used as a performance enhancer for greyhounds. Apparently, according to the Greyhound Board of Great Britain, who certainly sound like they should know, it has a stimulating effect on the heart and can therefore affect a greyhound’s performance and prejudice its well-being.

It came to our attention when an owner, Derek Ogden, was bought before the Board accused of deliberately doping his hound, Donnington Lady, with minoxidil prior to a race. No doubt their attention was drawn when the hound, a rank outsider at 7/1, absolutely romped home to win by 6 lengths.

Derek the owner had claimed the dog became contaminated through contact with another hound he had deliberately given the drug to. The Board were having none of it and found against him, delivering a fine of £1500 and a severe reprimand.

Derek the owner would have to have bet over £200 to have made a profit  on the deal, given the scale of his fine. Just some food for thought. It was the minoxidil reference that caught our eye, not whether it is possibly profitable to dope greyhounds even if you’re caught. We find it interesting that it was developed for use in humans to potentially decrease blood pressure, but in fact it can turn an ordinary greyhound into a four-legged Usain Bolt. Strikes us as strange, no wonder it can put hairs on some people though.