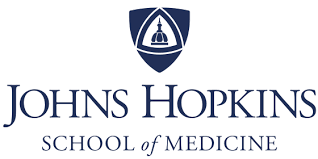 Researchers have been busy getting mice hairy again, but their hair loss research has thrown up some interesting facts. We look closer.

John Hopkins University School of Medicine have been working on hair loss, news that is guaranteed to pique our interest. Subroto Chatterjee is a professor of pediatrics and medicine there and has been providing some fascinating updates on their efforts. His team have been looking at a compound which, they claim, is able to halt the production of glycosphingolipids, thankfully shortened to GSL’s. GSL’s are major components of many cell membranes including skin cells and have been linked by earlier studies to diets rich in fat and cholesterol… which, let’s face it, is what western diets have given to the world. Research has shown that mice fed diets high in fat and cholesterol will develop extensive hair loss and discolouration as well as skin inflammation.

The researchers from John Hopkins started their study by genetically modifying a group of mice to have atheroclosis, a disease bought on by a western diet and sees arteries clogged with deposits of fat. They then split the mice into two groups with one being fed a rich western diet and the second group regular mouse food. Predictably, the western diet fed mice came off pretty badly. They suffered from skin lesions and a lack of pigment in their hair, worse though, from our point of view, was the extensive hair loss. From 20 to 36 weeks of age both groups were supplied with the man-made compound, called D-PDMP, though some were given higher concentrations than others.

The outcomes for the mice in the study were positive. Even the mice fed the western diet showed profound improvement.. but it was the analysis of the results that caught our eye. They used mass spectrometry to to identify and count some key lipid levels, of ceramides which are key to the skin’s ability to retain moisture. Even more interestingly, to us at least, was that they noted those western fed mice experienced an invasion of white blood cells known as neutrophils to infiltrate the skin. During treatment the compound was shown to significantly reduce the presence of these neutrophils.

Always great to read about serious research being done on hair loss. And we know that studies on mice can be a long way from an approved treatment… but it is was an important finding of this study that the mice receiving different amounts of D-PDMP were seen to get identical benefits – leaving the door open for the treatment to be in the form of a simply capsule. We will watch closely for progress.