Hair loss treatments on the NHS? 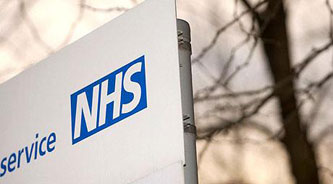 I was thumbing through the pages of yesterday’s People newspaper and saw an article about a young man who has had received treatment for hair loss courtesy of the NHS.

The revelation that someone he was able to get free treatment from the NHS simply because he had a receding hair line certainly opened up a can of worms. It conjured up the debate about whether hair loss treatments should be made available free on the NHS. If people are able to get gastric bands, breast augmentations and ears pinned back, why can’t they have MHT or hair transplants made available for no cost?

The average price for a Gastric band is £7000, since it was made available on the NHS in 2000; thousands of patients have opted for the treatment. In fact obesity related surgery costs the NHS £32million each year.

Breast augmentation whether it is a reduction or enlargement can only be provided on the NHS if someone is under severe psychological distress with the average cost of surgery being £4000.

Having a procedure to pin ears back or ‘Otoplasty’ as it is otherwise known is the most common cosmetic surgical procedures in the UK and America, the average cost of pinning the ears is £2000. Whilst it is difficult to get surgery free on the NHS due to the fact that it is classed as cosmetic surgery, exceptions can be made. If the patient is mentally traumatised by the appearance of their ears, treatment can be provided on the NHS.

With that in mind, surely the noted effects of hair loss such as low self esteem, lack of confidence and extreme negative personal views of appearance would mean that treatment for hair loss would meet the criteria for being eligible to become free on the NHS?

There are many men who suffer in silence about their hair loss finding it difficult to seek helpful solutions are gaining adequate treatment. As we’ve noted over the past year or so it’s always been quite easy for celebrities to spend tens of thousands of pounds on hair transplants – an option that is inconceivable for average men who aren’t millionaires.

For those men who don’t want to have such a drastic procedure such as a hair transplant, MHT is a simple and discrete option for GP’s to discuss with patients. We have been working for a number of years to raise awareness of MHT within medical circles, and we will continue to campaign for a worthwhile debate to take place within the National Health Service regarding this treatment option.