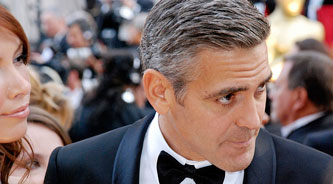 What age were you when you started to go grey? 40, 50? How about a national average of 32% of men and women have noticed greying hair UNDER the age of 30! 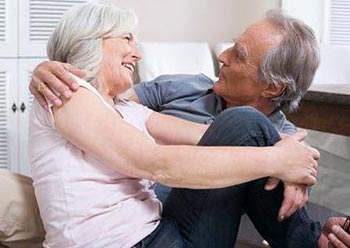 Twenty years ago, the statistic lay at a much smaller 18%. No wonder we’re a world of hair dye addicts, with a whopping £35,000 in a lifetime being spent on hair dye alone within the UK by women, and £5000 by men.

Both hair dressers and the widening market of the colour-at-home product manufacturers are cashing in well on hair dyes across the nation and indeed the World. But what is it we’re trying to delay?

While men get branded as a ‘silver fox’, think George Clooney and Phil Schofield when they start to show signs of salt and pepper, when it comes to women grey equals “past it”, “over the hill”, or “no longer attractive” and “on the shelf”.

From society’s perspective, a woman with grey hair has effectively reached the end of her reproductive life, and men are less enticing than their fully coloured counterparts, despite these misconceptions being entirely untrue. However with couples leaving it later in life to start a family and subsequently do the school run, after school clubs and so on, the need to feel attractive not just to the unfairer sex, but to their friends and competition, ie other women in general, is becoming more of an issue.

To put it bluntly, men and women are in a catch 22 situation. We’re growing grey earlier in life due to a type of stress known as oxidative stress, caused by exposure to cigarette smoke, UV light and pollution. There is also an association between emotional stress and oxidative stress. HOWEVER, we’re also stressing about keeping youthful, on top of our game, competition and more to the point, not over the hill, past it, on the heap.

While no scientist has come up with a magic ‘cure’ for our greying as of yet at least we can lean on our trusty L’oreal, Wella and Belle Colour products to keep us a ‘natural blonde’ or ‘feisty redhead’, whilst products like Just For Men have never been more popular. At least we’ll always know that whatever happens, “we’re worth it”.