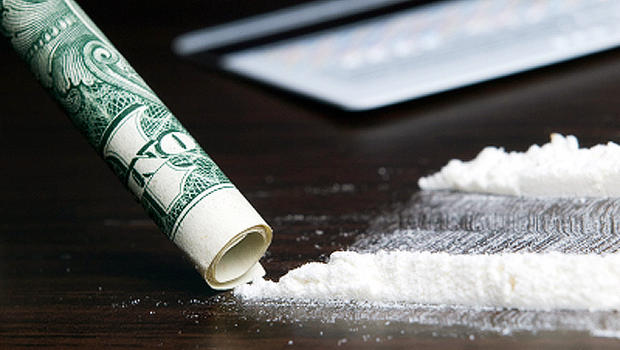 Could recreational drug use be causing your hair loss?

Cocaine use — whether it’s a full blown addiction or just the occasional party favor — could be responsible for speeding up the effects of hair loss.

A hair loss specialist said, “All recreational drugs have the potential to cause a type of hair loss called Telogen Effluvium because drugs cause a show to the system.” (emphasis added). What is telogen effluvium? We go into detail more here and here but the basics are this: telogen effluvium is a hair loss disorder brought on by a sudden stress that causes an interruption in the hair growth cycle resulting the hair follicle to stop growing. This type of hair loss causes the hair follicle to stop growing and existing hairs to shed.
Telogen Effluvium hair loss is brought on by a sudden shock the system. In most cases it can be trigger by some sort of new stress introduced to the body and cocaine (along with other rec-reational drugs) can have the same sort of sudden shock on the body to cause this. It is possible, however, for the hair to return after the stress subsides, or in this case, when the individual stops using drugs. But it is also possible that the telogen effluvium can lead to more permanent forms of hair loss, such as androgenic alopecia and male pattern baldness.
But beyond telogen effluvium, cocaine use can indirectly lead to diffused thinning in users. The same hair loss specialist from the Belgravia Centre concluded that cocaine suppresses one’s appetite. This can lead to malnutrition which can play a role in one’s hair loss.
With regular and/or heavy cocaine use comes a certain unhealthy lifestyle, one in which the user can experience poor health which could also contribute to the user’s hair loss.
One of the more high profile cocaine and hair loss stories comes from Paul Sculfor, British model and actor who publicly stated he quit using cocaine because it was beginning to make this hair fall out. In an interview the UK newspaper the Daily Mail, Scolfer said, “It started falling out in my partying years, because excessive cocaine abuse affects the adrenal system and halts hair growth. I’m lucky it grew back. I’m not vain, but I am obsessed with my hair.”
Sculfor indeed was lucky enough to put two and two together and make some lifestyle changes before it was too late.

Previous Post
Scalp reduction scars and scalp micropigmentation
Next Post
Give up the booze to help your hair?