What is the cost of a hair tattoo? 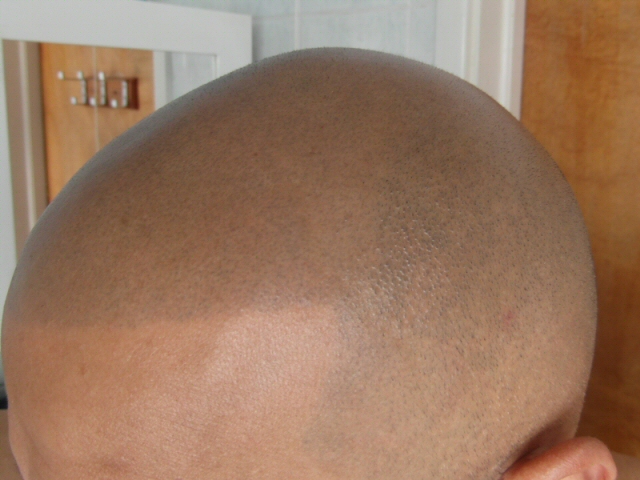 A hair tattoo is really an old name used for a scalp micropigmentation procedure. Men used to get hair tattoos in its pure sense before the SMP procedure was invented. It was a crude method that needed to be refined to specifically address the condition. This happened when Ian Watson, founder of HIS Hair Clinic was able to come up with the scalp micropigmentation process to address his own balding.

Ian Watson went through a traumatic event after the passing of his brother. He started losing his hair soon after and asked his wife to place black dots on his scalp using a fine ink pen. This was actually the beginning of SMP as we know it today. What used to be an artistic solution through a hair tattoo, gradually evolved into an optical illusion through the use of SMP.

Statistics show that about six million five hundred thousand males in the United Kingdom have the condition of baldness. It may sometimes create a feeling of low morale and a desire to be more confident. Some men have stated that having more hair might take precedence over friendship or wealth. Hair loss often starts between the late twenties and early thirties, although it can start much earlier than that. It is prevalent in forty percent of men in the United Kingdom and is very apparent in those aged thirty-five years or older.

The condition that they usually have is male pattern baldness. It is a genetic form of alopecia that results from the binding of testosterone and the enzyme 5-alpha reductase. This union produces a more potent hormone called dihydrotestosterone (DHT). It is the hormone that binds with androgen receptors found in hair follicles or more specifically, the papilla of hair. The DHT fusing with androgen receptors causes the hair follicles to shrink as it blocks the blood from circulating into the papilla of hair. It is the part responsible for nourishing the hair root. This results in its shrinkage due to the lack of nutrients received causing the hair to eventually come off.

There have been hair transplant procedures to remedy this though they come at a steep price. Celebrities such as Wayne Rooney have been known to pay up to £25,000 for such an operation. This would probably have been a follicular unit extraction (FUE) that requires each hair follicle to be harvested from the healthy donor area and implanted onto the balding recipient area. FUE is a time consuming and expensive procedure that can take a toll on the patient as well as the surgeon. It is estimated that only about five hundred hair follicles may be harvested per operation. The end result will only manifest itself after a minimum of about six months.

In comparison, a scalp micropigmentation (or hair tattoo) procedure by HIS Hair Clinic does not take as long before the results may be appreciated. What the practitioner does is to shallowly inject specialised pigments into the patient’s scalp. The size, amount and density of the pigment are tailored to suit the client’s skin tone. There is hardly any pain involved, with the recovery period being three days at the most. The cost varies from £1,000 to £3,000 depending on the clients requirements.

Previous Post
SMP and fading – the facts
Next Post
Can hair loss caused by chemotherapy be avoided?