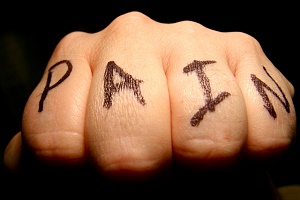 Progressive hair loss, known as alopecia areata, is noticeable in 40 per cent of men by the age of 35 and 65 per cent by time they turn 60 and about half of all women over the age of 65. In a recent survey, over half of hair loss sufferers would rather have more hair than either friends or money, but how much pain are they prepared to suffer in the pursuit of a more hirsute appearance.

We take a look at the leading hair loss solutions on the market and analyse there respective levels of pain and discomfort:

A permanent, effective hair loss treatment, a SMP practitioner will deliver pigments into the scalp with a specially designed three-needle device. Obviously every client has an individual pain threshold, but typically discomfort is described as highly bearable and hurts less than a conventional tattoo as the pigments are delivered to a more superficial level in the scalp.

Certain areas of the scalp can be more sensitive and typically the highest level of discomfort is felt on the frontal hairline with the temples as the least sensitive. Being anxious can often raise the perception of pain so it’s best to relax as much as possible and put yourself into the hands of the hair loss experts.

Hair transplant surgery is also generally well tolerated and often the most painful part of the procedure can be the injections of local anaesthetic into the scalp prior to the follicular units are removed. During the FUT technique a long strip of hair is removed whereas the FUE procedure entails small follicular units that contain one to four hairs being transplanted. FUE is described as much less painful than the FUT procedure and there is much less downtime. One of the greatest complaints about hair transplant surgery is boredom as it can take many hours depending on the amount of follicles to be transplanted

The two clinically proven hair loss medications are minoxidil and finasteride and they are are usually well tolerated when applied but there are a wide range of side effects, including sexual dysfunction, that have to be taken into consideration.