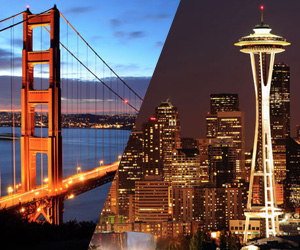 Finding a good treatment for hair loss can be quite challenging. There are after all, different ways to treat a balding condition. It is rare to find a remedy that can really guarantee to address it with permanence. Most will be able to work only after months of waiting for the benefits to come into fruition. This period could prove to be too long for those who would like to immediately solve their hair loss situation. Fortunately, scalp micropigmentation can deal with this specific concern.

This method originated from England but has now reached the shores of the United States. Being a relatively new procedure on a global scale, it is often mistaken as a tattoo. Scalp micropigmentation however uses different processes, materials and equipment to service our clients. We utilise plant-based pigments that are known to cause no allergic reactions. These pigments are layered meticulously over the scalp of their clients to recreate their hairline as well as cover the areas exposed by their balding. It would usually take about two to three hours to complete the entire process. The effect is a natural looking head of hair that can restore a man’s youthfulness without the use of medicine or invasive surgery.
Men who require this service can research the Internet to learn of its many benefits. That is what Mr. Lopez did to help him locate the clinic. He wanted a permanent solution to his hair loss and found it with HIS Hair Clinic in San Francisco. It is a procedure that takes into consideration the client’s existing hair and skin tone in order to carefully blend in the pigments upon his scalp. Facial features also influence how the hair pattern design will be completed. This creates an illusion of hair that tries to mimic as accurately as possible, how a patient’s hairline should appear. The style however will most likely appear as a close shaven, buzz-cut look due to the two-dimensional aspect of the pigments used.
Celebrities in the area have also caught wind of the HIS Hair Clinic. A former running back of the Oakland Raiders has expressed his delight with scalp micropigmentation. Louis Rankin says that the treatment is in line with the profession he now seeks to excel in whether as an actor or broadcaster. He only needs to clip his actual hair once a week to maintain the uniformity of his appearance. Even his wife appreciates the new image that scalp micropigmentation has helped create for her husband.
A complete treatment usually takes two to three sessions to finish. There might be some discomfort felt though it can easily dissipate after the procedure is done. Maintaining the pigments is important by regularly cleansing and moisturising the scalp. Applying sunscreen is also necessary in case the patient plans to be under direct sun exposure for extended periods of time.