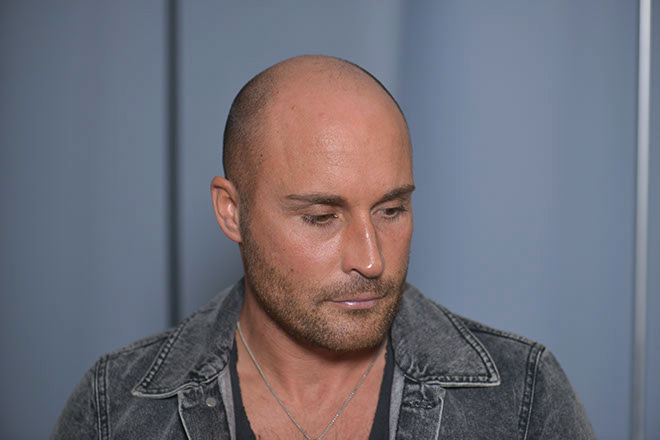 Androgenic alopecia can affect men in different ways. Some will feel unaffected by it, often accepting it as a natural course of life. Others might handle it differently, feeling self-conscious about losing their hair. What a person believes about their baldness is a valid emotion. It is something that nobody can really prepare for and one reaction is not more correct than the other. There is however a way to solve any negative emotions about their hair loss. Scalp micropigmentation can instantly rejuvenate a once balding head and make it appear as if it never lost its hair.

Gael gave an account regarding his life-changing treatment. He began by saying how happy he is that he was able to get scalp micropigmentation. Everybody told him how much younger and better he looked because of it. His decision to undergo a procedure not only made him look fresher, it also helped him appear more fashionable as well. He was undecided about it at first because he was not quite sure if he really needed this treatment. Gael was already fine with shaving off what was left of his existing hair. The result speaks for itself however because everyone tells him that he looks five years younger, which is something he is quite pleased with. Most importantly, it made Gael feel more confident.
He was not the least bit concerned about the pain he would experience during the session. Gael already had some tattoos done on his body so he was expecting the scalp micropigmentation to feel the same way. He did admit that he felt some discomfort at the beginning of the session but it went away after a few minutes. It was not something however that would prevent him from relaxing and having a conversation with the practitioner.
There are some people who would rather not disclose that they have had their scalp treated. This is something Gael feels differently about it. He does not mind sharing that he has had scalp micropigmentation however he will not be the one to start anything on the topic. Some people see him and wonder what has changed because of younger appearance. Eventually, they ask him if there was something new about his hair. This is the only time that he would admit that he had a procedure done on his head. Curious, they would even come in for a closer look to observe the workmanship of his treatment. There is nothing they would find different from actual hair and it would be difficult for them to distinguish it from the pigments. This speaks volumes about the quality of work done on his scalp.
To maintain the treatment in excellent condition, Gael demonstrates how simple it is to do so. He says that using a moisturiser is just one of the things he does for it and no more. Cleansing it with soap and water is already a given whenever he takes a bath. He also tries out products with a matte effect to reduce scalp shine. Gael is aware that exposing it to sunlight should be minimised so he uses sunblock as protection. Other than that he feels that caring for it is almost effortless.
Scalp micropigmentation for male pattern baldness is something that Gael definitely recommends. He would like to assure those who feel a bit apprehensive about it that this procedure is worth it. The concern is understandable because it is something that is a permanent treatment on their head. Gael guarantees however that scalp micropigmentation will definitely increase their self-confidence once it is implemented. They can trust HIS Hair Clinic with their scalp because anyone can see that there is no difference between actual hair follicles and the pigments were layered.

Previous Post
Scalp micropigmentation versus DermMatch concealer
Next Post
Why not get a hair tattoo to hide your baldness?