Make hair loss a thing of the past with scalp micropigmentation 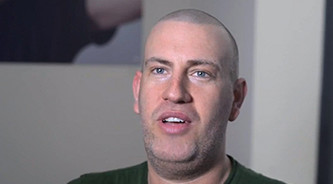 Andy started experiencing balding in his early twenties. He noticed he was losing his hair when it started thinning at the top. This was something his friends would constantly tease him about it. He simply thought that he was too young to go bald and it has just been a constant thing on his mind. Andy wore his hair short in an effort to reduce its obviousness. Its image would continue to plague him however whenever he looked in the mirror. Now at thirty-four years of age, he made up his mind to change his present situation to make sure that he would no longer be bald at any age.

Scalp micropigmentation was actually something that was recommended by a friend of his. He went online and was amazed at what he saw. Andy thought that it looked really good. His friend initially told him that it would be similar to getting a tattoo. This was something that he could not visualize at first. After seeing the website, he saw images there that displayed what it was all about. It looked very natural which caused Andy to follow up his interest in it. This was exactly the way he wanted his treatment to appear.
His alopecia was basically a case of receding at the temporal regions and very noticeable balding in the crown area. He had two sessions where his hairline was brought down and had his vertex region filled-in. Andy described the treatment as going really well despite some medium level pain. It was nothing however that he could not manage. He says that it only took about three hours for each session and was relatively comfortable all throughout.
Andy shares that viewing himself in the mirror is more of a pleasant experience now. He likes seeing his new hairline and is mindful that he has to care for his scalp micropigmentation. Shaving his head every couple of days would keep the integrity of his overall appearance. In addition, regularly washing the scalp and keeping it properly moisturized can prolong the effects of his treatment.
The final outcome was something that he could not visualize after his first session. He actually felt a bit doubtful that it could really match what he saw online. His next session however resulted in the pigments to appear darker. It started to settle-in and fade causing it to blend in together. There was some marked redness after each session but it was nothing that lasted beyond a few days.
Andy’s advice for those who are really thinking about getting treated is to just go for it. He understands the indecision at the start because it is indeed a big step for anyone to do. His fears were unfounded however because he now says that it has been the best treatment he received after a long time. He is really happy with the results and believes that people should try it out. His alopecia has become a thing of the past thanks to scalp micropigmentation.