Bald jokes are history as comedian has scalp micropigmentation 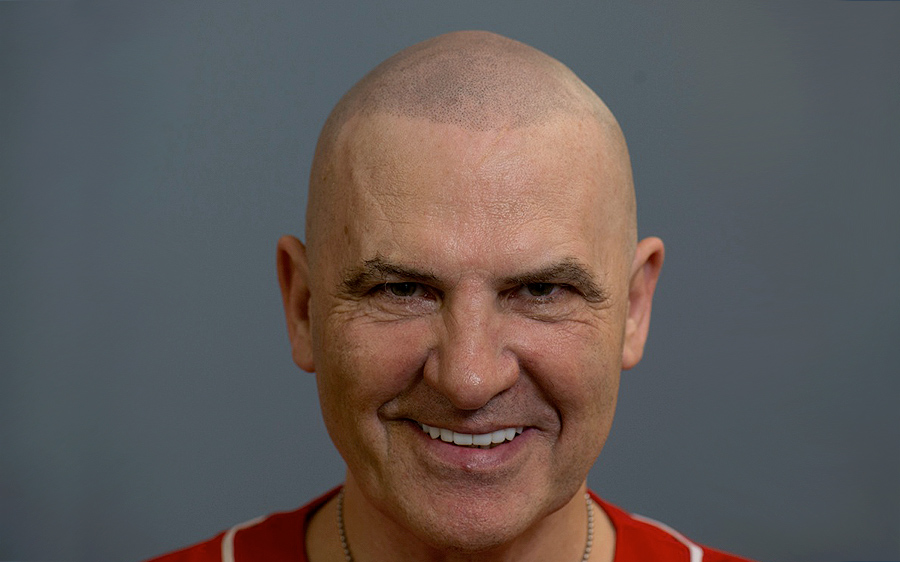 Frankie Allen started losing his hair when he was twenty-five years old. It has been very traumatic for him and he has not really found any balding solution to replicate his hair growth. By this time, his vertex area was already quite bald while his frontal region was noticeably thin. He has tried all the approved medications by the Food and Drug Administration but to no avail. Allen has also observed how varied the results of hair transplant surgery can be. The scarring that could result ultimately turned him away from using the method.

He felt fortunate that he heard about scalp micropigmentation. Frankie did some research by seeing and speaking with people who have actually done it. He thought that it looked fantastic. A stand-up comedian by profession, he shares that he always involves the crowd in his acts. He jokingly makes fun of them though he says that it would be difficult to pick on those who are balding or look elderly because he appears the same way. Allen feels that scalp micropigmentation was the right step for him in the opposite direction.
There was a good chance that he might have only needed two sessions to complete the entire procedure. Frankie was however invited for another one just to make further refinements to his overall hair pattern. He wanted it to look slightly receding at the hairline, making it appear as authentic as possible to match his age. A full head of hair that displayed a trendy “just-shaved” style was what he was going for. Allen believed that this method would not only free him from worry but it will also rejuvenate his appearance.
After completing his three sessions, Frankie shared a few tidbits about the process. Each took three to four hours to complete, which were at times a bit painful but nothing too uncomfortable. With every week that went by he noticed an obvious change. By the time the last session was over, people were just simply amazed at the way he looked. Allen says that scalp micropigmentation is one hundred percent undetectable and has radically changed his life.
He observed how marvelous the people at HIS Hair Clinic were to him. They were very affable and caused him to feel quite at home. The atmosphere at the facility was quite good and relaxed. He was just full of appreciation for the staff and the incredible procedure that was completed for him. Frankie thinks that scalp micropigmentation has been the answer to his prayers. He never has to worry about his hair ever again.
His advice to anybody who is thinking of dropping by the clinic is to just go. It would be best to see the practitioners to receive a free consultation. They are very friendly and go out of their way to help out with any particular requests. The staff will be happy to provide assistance for any type of hair loss. Most importantly, Allen never felt pressured to get scalp micropigmentation. He made up his own mind by taking a chance on the treatment. In the end, he is glad he did because he is absolutely amazed by the results.

Previous Post
Make hair loss a thing of the past with scalp micropigmentation
Next Post
Confidence, hair loss and SMP