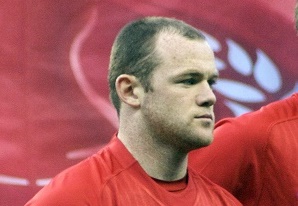 Hair transplants in the media

Andogenetic alopecia (also known as male pattern baldness) is a genetic hair loss complaint that will affect up to 70 % of men during their lifetime, with many men starting to realise if they have this gene in their late 20s or early 30s. For Manchester United fan Faisal Hamid, from Bury in Greater Manchester, following Wayne Rooney’s hair loss journey inspired him to take the brave step of seeking out a surgical fix to his advanced hair loss condition.

Costs can be prohibitive

Whilst researching options in the UK, Faisal quickly discovered that without a premiership football salary, his dreams of a full head of hair were not likely to be realised. The cost of such an operation in the UK could have set him back around £13,000. Then another option presented itself, the significantly cheaper alternative of travelling abroad to have the operation done overseas. This was recommended to Faisal by a friend who had undergone treatment in Turkey, and so he began his own hair loss journey, with a steadfast anticipation.

It is reported that around 5,000 international visitors visit Turkey every month to take advance of significantly cheaper hair transplant surgery, compared with what is available in the UK. The price of the surgery in Turkey is lower than many other countries, and in Faisal’s case, the difference was staggering: almost £10,000 cheaper to travel abroad for his treatment.

In the months following the operation, Faisal was happy with the results. However, 10 months after his procedure he noticed his hair was thinning again and his hairline was forming a rather unnatural looking wave. Additionally, Faisal believes that the surgeon who operated on his head took too many follicles from the donor site, which means that future transplants may not be possible.

When hair transplants are undertaken it is recommend that the aftercare includes a strict regime of supplementary treatments to lessen the risk of further hair loss. These are part of what is known as a ‘combination treatment’ approach, designed to protect the remaining natural hair as much as possible around the transplant site. Nevertheless, if the cause of the original hair loss is genetic, it will continue to fall or subside after the initial operation, so it is always possible that subsequent operations may be required. Even Faisal’s original role model, Wayne Rooney, has had to undergo several operations in pursuit of the perfect hairline. Transplants may be the most effective way to tackle permanent hair loss, but the procedure comes with no guarantees of absolute success.

Previous Post
FDA Approval Finally Comes Through For Women’s Hair Loss Treatment
Next Post
Hair help! My hair is dull and lifeless and I’m sure my hair is starting to get thinner. What can I do?