Got It From Your Mama? 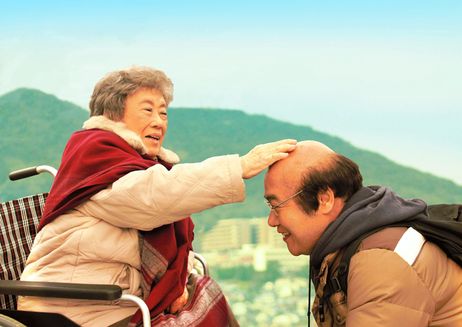 New study suggests that perhaps your mother’s side may not be to blame for your hair loss.

The old barometer of knowing if you’ll go bald or not is to look at your grandpa on your mother’s side. If he was bald or balding, then chances are you would be too. This, for many years, has been the glimpse into your future. However, new studies are suggesting that your hair loss may not be your mother’s fault — not entirely, at least.
The X-chromosome, which you get from your mother’s side, does indeed play a role but it’s not the only factor at play when it comes tot your hair loss. Fact is genetics on both sides plays a major role. Men who have balding fathers have an increased chance of going bald compared to guys with dads who have a full set of hair. Studies of twins have confirmed that one’s baldness is genetic and suggest that male pattern baldness anywhere in the family is a sign of what’s to come.
The most common form of hair loss in men is a result of a man’s body becoming sensitive to androgens, a type of male hormones. It’s theses hormones that play a role in the hair growth phases. When a hair strand sheds, it’s (supposed) to be replaced with a new a hair follicle before a rest phase. However, these androgens can cause the hair follicles to remain dormant during this rest phase and never produce a new hair follicle.
The urban legend of male pattern baldness being your mother’s fault is unsubstantiated. Likewise, your maternal grandfather’s hair (or lack thereof) is not a sign of things to come. However, you hair loss may be a sign of other things going on. Hair loss can be an indicator of an increased risk for skin cancer of the scalp. Researchers have also linked hair loss in men to an increased risk of heart disease, high cholesterol, and high blood pressure.
Experts speculate that the increased risks of these issues in men with male pattern baldness may be to due to increased levels of testosterone in addition to genetics. Men, at any age, who begin losing their hair need to begin monitoring their heart health, and their cholesterol and blood pressure levels.
A sudden loss of hair should be taken as a warning sign to take better care of yourself. Experts suggest that if you begin to lose your hair, you should look to make some major changes in lifestyle and diet such as quit smoking, dial back on the drinking, begin or increase your exercise regimen, and alter your diet (may we suggest a nice, juice steak?) [insert link to red meat article] In an upcoming article we’ll look at and explore some of the other hair loss myths out there. But for now, don’t blame mom for this one.