Coffee and Hair Loss: Is Caffeine Causing Us to Lose Our Hair Faster? 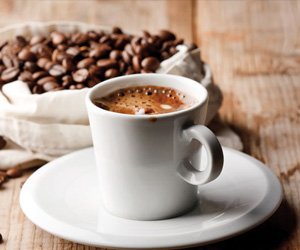 Is that morning coffee or that second (or third, or fourth) afternoon coffee playing a role in your hair loss? The answer may surprise you.

Ah, coffee: the go-to energy source for pretty much anyone needing a morning jolt on the way into work. Whether you’re a purist who prefers their Folgers in their cup, or pledge allegiance the all mighty green siren of the coffee juggernaut Starbucks, or even if you’re into the third wave coffee moment made possible by hipster baristas with tattoos and deep v-necks, carefully concocting craft coffees like little chemists, one thing is certain: we can all agree that most of us are coffee lovers.

But like many of our innocent indulgences (or in coffee’s case, crack-cocaine level addiction), we have to ask questions what the long term effect will be. Will too much sugar wreck havoc on your body? Will too much television turn my mind to mush? Will cheering for Chelsea make you a racist? For a long time the only answer to these questions was ‘time will tell.’ But specifically how does these things play a role in hair loss. We covered what role smoking plays in accelerating hair loss.

But what’s the story with coffee and caffeine?

Unlike smoking, caffeine actually is good for hair growth. According the Internal Journal of Dermatology, caffeine is a “stimulator of human hair growth.” In an experiment, two doctors took biopsies of the scalps of 14 test subjects (men who were in the early stages of hair loss) and then exposed their hair follicles to different solutions with various levels caffeine. After 8 days, the hairs exposed to the caffeine solutions showed signs of growth. For the hair follicles that were exposed of solutions of only caffeine, those hairs grew the fastest.

How does this work?

In an article published in the International Journal of Trichology (a google search for the word ‘trichology’ says that it is a branch of dermatology that specializes in the study of the hair and scalp) back in the July-Sept. 2012 issue, states, “…newer advances have shown caffeine to have beneficial effects in patients suffering from [Androgenetic alopecia] AGA. The proposed mechanism which would counteract DHT-induced miniaturization of the hair follicle include inhibition of phosphodiesterase by caffeine, which increases cAMP levels in cells, therefore promotes proliferation by stimulating cell metabolism.”

So make it double shot next time, right?

Not so fast.
The study hair follicle study mentioned earlier concluded that in order see significant growth, a person would need to drink approximately 60 cups a day (or 6000mg of caffeine) to stimulate significant hair growth. Unfortunately, drinking that much coffee could possibly stop your heart.
However, as the International Journal of Trichology concludes “the beneficial effects of topical application of caffeine in AGA can thus be attributed to inhibition of phosphodiesterase, improvement in barrier function, follicular penetration, stimulation and promotion of hair growth.” (emphasis mine, not original author).
Topical application. Caffeine can actually be absorbed quick quickly and effectively through the skin. That’s how products like Alpecin Coffein Shampoo claim to work so well with stimulating hair growth. The caffeine in the shampoo will work it’s way to he root of the hair follicle, thus stimulating the root and giving it the energy needed to grow.
It would appear that coffees energy boosting benefits go beyond the bottom of one’s cup.