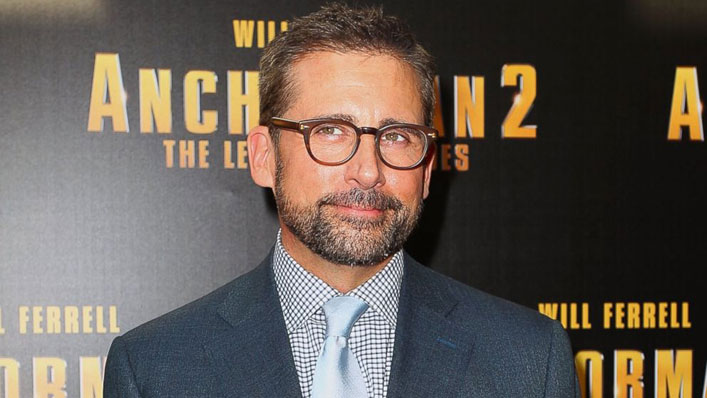 There was a clear improvement in his hairline from season one of The Office to season two, an improvement that offers no other explanation.

Taking care of your hair is mandatory in Tinseltown. however even if it might sound a bit peculiar, it is actually more difficult for men to take care of their hair when they age. Women are far less exposed to the issue of hair loss and this is the same reason for which many of them don’t understand the real emotional problems that a man might face when he starts losing his hair. This part of the body is a real treasure that can improve or wreck your overall appearance and it seems like the end of the world for some men who start to lose it, especially for those who spend much of their time on the cover of gossip magazines.

Of course, there are always men who look good bald and they decide to shave their head completely. It’s a brave decision that costs almost nothing at all, but it can be quite a shocker for many individuals that one day just see your shining head instead of the hair they were used with. If ordinary men can suffer from this issue, the same can also happen for celebrities. Male actors face the same problem and even starting with their late twenties they pay visits to doctors in order to improve their hairline.

Some other actors might get into their forties or even fifties before they eventually decide to undergo a hair transplant. This surgical procedure works wonders if done properly and professional doctors can make you look ten years younger. This seems to be the case of Steve Carell. His late forties caught him a bit off-guard as hairline began receding and he looked like balding in the latest time frame. However, it seems that ‘Evan Almighty’ managed to magically grow his hair back and he looks much better now.

An easy way to spot the difference between now and then is to watch “The Office.” Between 2005 and 2011, he starred in the show that brought him several nominations to the highly-regarded Emmy awards. However, it seems that these appearances also brought him hair back onto his head. His hairline is really tidy nowadays and this couldn’t have been done without a hair transplant.

Many people assume that the hair transplant procedure occurred sometime between the first and second season of the show. During the first season, he was portrayed with a seriously receded hairline, while in the following seasons, his hair looked much better and remained the same until this very moment. Hair growth treatments can only do so much to your hair and for sure, Steve Carell follows one to this day in order to keep his hair healthy, but he didn’t get his hair back thanks to that. A hair implant should be the answer to his hairline and you should check out for yourself a comparison between the first and second or third seasons of “The Office.” Some say that his hair was intentionally altered during the first season to make him look like a ‘typical boss’ but we don’t think this theory is true.