Will Harry be wearing a wig on his wedding day? 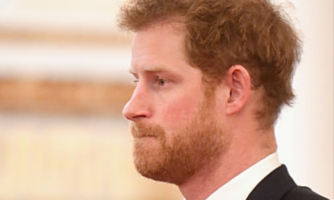 According to the Daily Star Online, Prince Harry will be wearing a wig on his wedding to Meghan Markle later this year. The news comes after photos of the Prince were scrutinised late last year, showing his significant hair loss. With claims he has had a wig tailored to wear on his big day, could the publicity have affected the royal’s confidence?

Could the rumours be true?

Reading the Daily Star Online story certainly makes it sound credible, but let’s face it – you can’t believe everything you read!

According to reports, Harry has had a £500 wig made by Bristol based company “Hair4All”. It’s now said to have been delivered to Clarence House in time for the big day, the residence of his father Prince Charles. It’s claimed the royal wants to look his best for Meghan and the wig company states they couldn’t “sit back and do nothing” so they sent Harry a system.

The story could be true, but we’ll have to wait and see until the wedding. Of course, wigs aren’t the only way Harry could choose to cover up his balding patch.

What other options does the Prince have?

Wigs can prove useful and when made correctly, they can look natural. However, there are actually several cover-up options which are a lot more effective.

Harry could follow in his big brother’s footsteps, choosing to get a buzzcut, known for its thickening effects. Prince William looks totally different with the new cut and it’s really taken focus away from his baldness.

Another option is SMP. This tattoo procedure aims to shade the scalp, giving it a shaved style. A skilled practitioner inserts very small pigments of ink, matching the natural colour of the hair for best results. The inks are designed to last for years, and it’s a look which requires virtually zero maintenance.  It’s also a great option for lowering the glare of a shiny scalp under bright lighting and reducing the contrast between skin and hair, effectively adding the illusion of volume.

Overall, it does seem unlikely the Prince will be sporting a £500 wig on his big day but he might want to bear in mind there are other options.