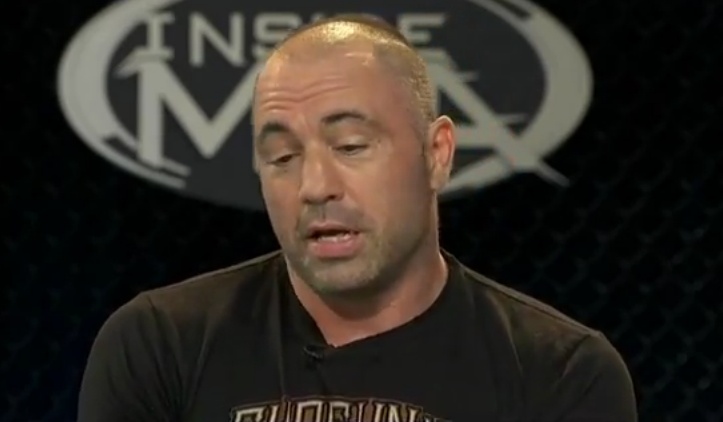 Rogan declared war on his hair loss by hair transplant and has the scars to show for his trouble.

It was over 20 years ago, but Joe Rogan can recall with absolute clarity what was going through his mind when he decided to undergo the first of three hair transplant treatments.

“I was freaking out — I was freaking out that my hair was falling out cause I was on TV too and I was making a living as an actor at the time.”
Rogan, now 47, is a jack of all trades in the entertainment industry: stand-up comedian, tv show host, podcaster, etc. His first big break came in 1995 when he was a cast member of the show News Radio. Today is most famously known for as UFC’s star commentator and for his open discussion podcast The Joe Rogan Experience.

And it’s on his podcast show that Rogan speaks openly about his hair transplants and how the whole procedure plays out. Before he underwent the regrettable hair transplants, Rogan tried Minoxidil to some success. “The Minoxidil was hanging in there,” Rogan says on his show. But ultimately it wasn’t enough. Minoxidil originally was created to control high blood pressure, but was discovered to stimulate hair growth. However, Minoxidil does not actually do untying to reverse or stop DHT, which is the primary culprit for hair loss. When the use of Minoxidil is discontinued, DHT takes over, and the hair begins falling out again. So that would be why Rogan described his experience of using Minoxidil as “hanging in there.”
Rogan would then attempt to find a permanent solution to his hair loss by undergoing going several hair transplants. He explains that at the time that the internet wasn’t as vast and readily accessible as it is today, so doing research on such a procedure was very limited. He explains that he went into the doctor’s office, was shown photos, and assumed that it would fix all his hair loss problems.

The results were less than stellar. Rogan describes his scar as a smiley face. When asked if the finished product looked bad, Rogan quickly replies “it didn’t look good.” But he admits that he was desperate. As a young actor, he reacted impulsively and out of a place of fear about losing his hair. Explaining that the cession was made out of insecurity and fear that his hair loss would be a determent to his career. “I was thinking I wasn’t going to have a career — I’m going to be a bald loser.” Rogan admits.
Rogan says that his head should be a public service announcement discouraging people from going this route. “If you’re thinking about this about doing this, just look my head — don’t do this.” He continues to say that he should have never of done anything.
So, what would be Rogan’s advice to men out there losing their hair?
“Shave it, b*tch.”