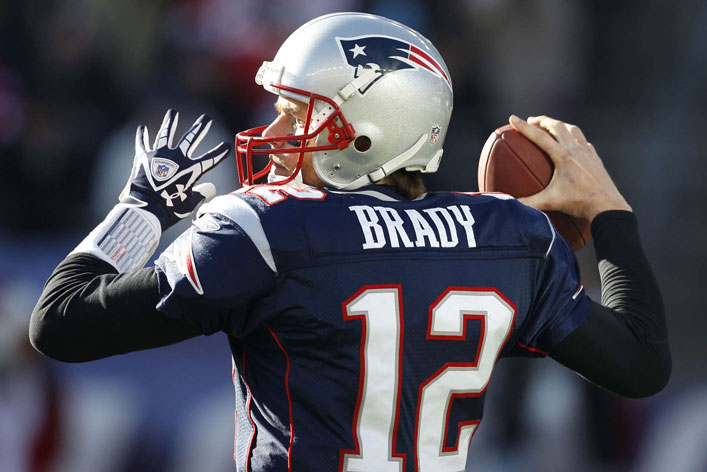 Has the former Super Bowl champ undergone a hair transplant?

With the NFL season set to kick off in the next few weeks, all eyes will return to the gridiron as football resumes. Big name players will take the spotlight and none more so than Super Bowl champion and New England Patriot QB, Tom Brady.

Brady, known as much for his underdog story and championship rings as his GQ good looks and super model wife, looks to rebound this after posting on of his lowest rated seasons last year.

Brady is the American version of David Beckham: superstar wife, successful athletic career, a well documented sartorial life, and an ever evolving plethora of hair styles. Whether rocking the cropped buzz cut, the unfortunate Justin Beiber “swoop”, the surfer locks, or the most recent high-and-tight undercut look, Brady’s hair loss is apparent. The revolving door approach to hair styles leads many to suggest that he’s searching for the perfect hair cut to hide the hair the loss.

But has he had a hair transplant?

Rumors began to emerge that the former MVP’s car was spotted parked outside of prominent New England doctor Dr. Robert Leonard’s office in 2010. Numerous news outlets and gossip columnists jumped on the story and began digging into whether or not Brady was a client of Dr. Leonard’s, but the office wouldn’t confirm or deny, stating a strict patient privacy policy.

It’s understandable that both the doctor and the patient, especially someone of Brady’s public status, would want to keep mum on the topic of having a hair transplant. But while Brady and company are keep their lips sealed about the procedure either way, one person whose happy to discuss his hair transplant is Brady’s former teammate and Dr. Leonard patient Wes Welker.

Welker, who currently plays for the Denver Broncos, underwent a hair transplant surgery in the offseason of 2012. Maybe Brady gave him Dr. Leonard’s number? [Link somewhere to Welker article]

Welker when discussing the success of his hair transplant surgery was asked if he could confirm whether or not Brady had in fact undergone the same procedure. But like a good a teammate and friend, Welker declined to comment, only further adding fuel to the speculation fire.

While no photographic evidence has surfaced, ex. picture of a transplant scar, outing Brady as having gone through with the hair transplant, that doesn’t leave people from wondering. Its speculated that a life spent wearing a helmet for much his life could have contributed to the accelerated hair loss. But for now, it would appear that Brady is just going to focus on football and focus on his follicles later.

Have you undergone a hair transplant that’s left you with disappointing results, transplant scar(s), or both? Come see what HIS Hair and SMP can do for you by booking a free consultation.