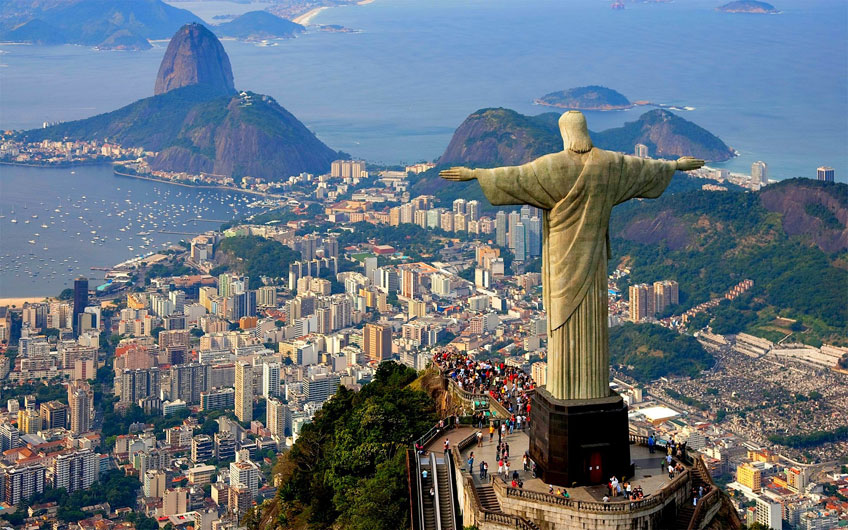 In the spirit of the World Cup, we field our top eleven players in need of some scalp micropigmentation

The 2014 World Cup kicked off last week and in the spirit of all things football, we’ve compiled a list of some of our favorite players who think could benefit from a little scalp pigmentation, and put together our own dream team, if you will. We break it down by areas around the pitch, compiling a list of the best players the world has to offer that could use the best scalp pigmentation we have to offer.

Without further ado, here’s our squad:

Like SMP, it all starts at the top — having the right manager, or as we call it in America, “head coach”, is of the upmost importance to have on the sideline calling the shots. For our SMP XI, we have none other than the World Cup host and favorite to win the golden trophy, Brazil’s Luiz Scolari as manager. A Norwood VI, Scolari could ditch the “power donut” look and get the appearance of a full head of hair from our SMP treatment.

USA’s Tim Howard, who recently surpassed the century mark for international caps, is no stranger ink and needles, having both arms and torso completely sleeved and covered. But the place he needs some pigment the most is on the scalp. For the best results, Howard would need several sessions for a full treatment plan that would include a new hairline, full density on the crown, and blending throughout. 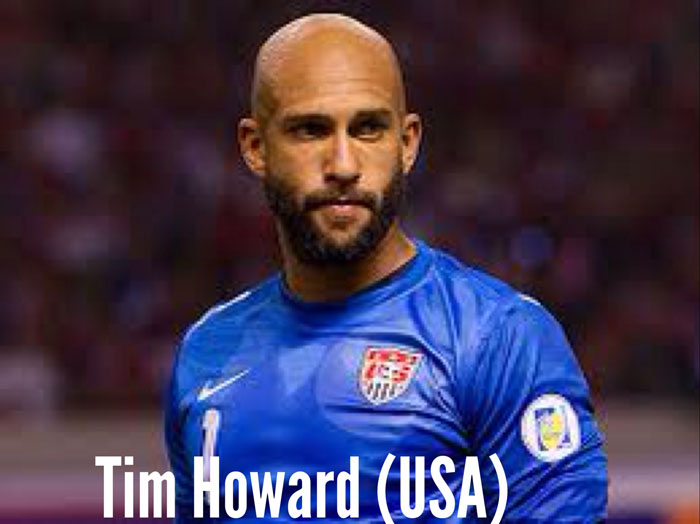 They say defense wins championships, and our back four doesn’t disappoint. Starting with Belgium’s captain Vincent Kompany, who already sports a super short cut, would get excellent results from SMP to rebuild a bit of density up top. Italy’s Giorgio Chiellini and Argentina’s Pablo Zabaleta could both benefit from a treatment plan focusing on re-establishing the hairline. And Didier Zokora of Côte d’Ivoire would look ten years younger after a full treatment to re-establish the hairline and fill in the density all over. 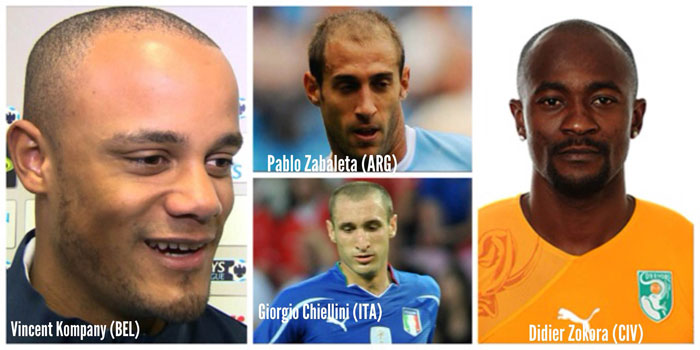 Netherlands superstars Arjen Robben and Wesley Sneijder lead our midfield. These two Dutchmen have been the poster boys for follicly challenged footballers. USA’s Michael Bradley provides a blank canvas to work with; the hairline possibilities are endless. Andres Iniesta of soccer super power Spain rounds out our midfield. Iniesta came into this years competition with a high receded look, but after the 5-1 thrashing Spain took at the hand of the Netherlands in their opening game, don’t be surprised if Iniesta is sporting just a little bit less on top when this World Cup is over. 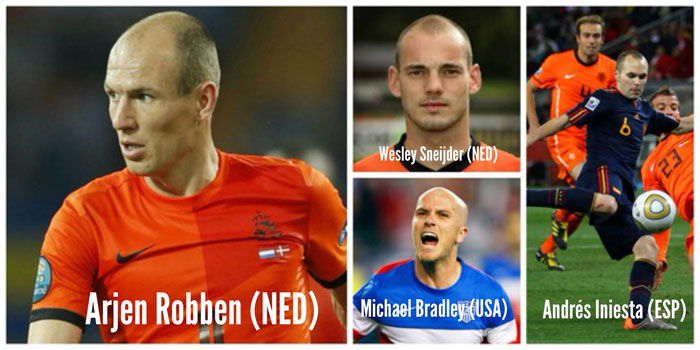 It shouldn’t come as a surprise that England’s scoring machine Wayne Rooney finds his way on to the list and would get the armband as our captain. Rooney’s hair loss is well documented, undergoing a hair transplant surgery in the past. For one of the world’s best, some SMP would camouflage any scarring left behind and rebuild the density up top. Rounding out our starters is Ghana’s Andre Ayew. This versatile player can play both forward and in the midfield. Ghana’s vice-captain could see an improvement along the hairline from a simple SMP treatment. 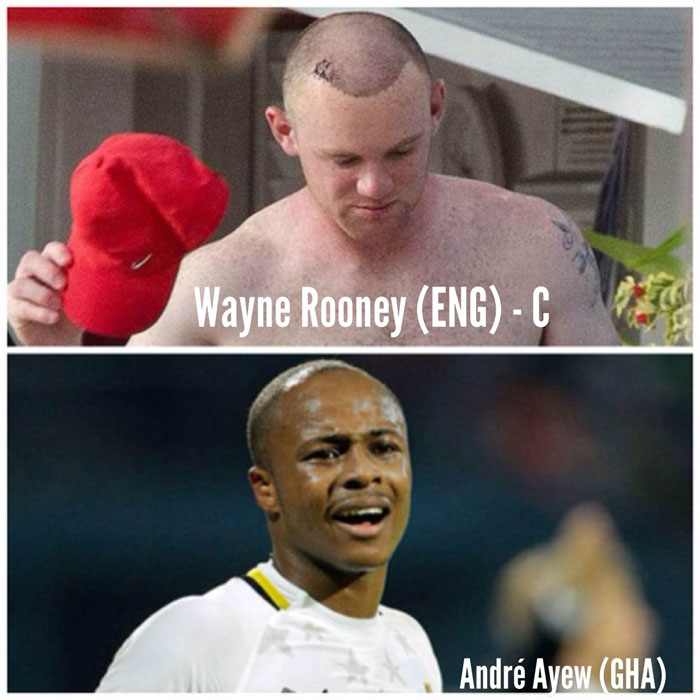 That’s our “squad”. Did we miss any one? Who would be on your SMP Starting XI?