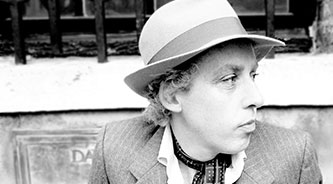 The famous stylist James Brown is renowned in celebrity circles for his work on stars such as Kate Moss and Emma Watson. He has been creating wonderful hairstyles for all to see whilst hiding his own hair under a hat. Unknown to many at the time James Brown had a bald patch on the crown of his head and whilst his hat was a fashion statement it was also to hide the patch. Today it is just a fashion statement after successful hair transplants. 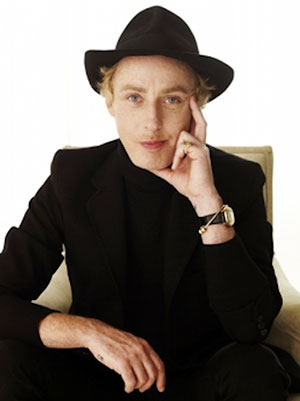 Whenever he was out and was asked to take of his hat he felt embarrassed and avoided the situation as best he could. He first noticed a thinning of his crown in his early twenties but managed to cover it with his naturally curly hair. As years went on it became worse and instead of doing something about it, he hid it. He had what is called male pattern hair loss and as it suggests it is common in many men with around 30% of men in their 30’s having this condition.

At one time there was a stigma around hair transplants just as there was with face lifts or any form of cosmetic surgery. With more celebrities opening up and saying they have had hair transplants, more are looking to this and other solutions for their hair loss. For James Brown this didn’t come soon enough and he wishes he had the surgery years before.

The hair transplant James Brown underwent took around eight hours as he had hair from the back of his head transplanted to his bald patch. There is a risk as the scalp has to be numbed which causes swelling. Hair is transplanted into the numbed area and this is what takes the time. Care then needs to be taken there is no infection as this can cause the newly planted hair to fall out and leave scarring.

Before transplants take place, medications are sometimes given to prevent hormones from weakening the hair follicles further and then medication to increase the supply of blood and nutrients to the scalp. This takes time and is not an overnight process. Even after the transplants it can take up to a year for the procedure to be complete. Often these medications can include controversial drugs such as Finasteride and to a lesser extent, Minoxidil. Finasteride (marketed under brand name Propecia) is known to cause serious side effects in a large number of users. In addition, the transplant procedure itself inevitably leaves the patient with lifelong scarring, even using advanced FUE techniques.

There is a great deal of pressure these days to keep up appearances which includes the latest fashions and youthful looks. Hair is becoming one of the latest fads especially for male celebs. They no longer want to accept the way their hair is growing, they can now do something about it. Gone are the days when the only other alternative was a wig or toupee which could be easily identified. Although today those have been greatly improved to look more natural but they are not permanent.

Although hair transplants are not always successful, his procedure gave James Brown the confidence he had been missing for the past 10 years. No longer is he embarrassed to take his hat off in public, in fact it is the opposite, he is now the owner of a full head of hair.

James Brown is well known for his hats and this could have helped towards the hair loss. Anyone who wears a hat will risk losing their hair. It can rub against the scalp and kill the hair as well as cutting off oxygen to the scalp which is valuable to hair growth. James Brown will not change his style but he is more careful and does not keep it on all the time.