It appears Simon Pegg could be the latest celebrity to go under-the-knife and have a hair transplant to regain his hair. 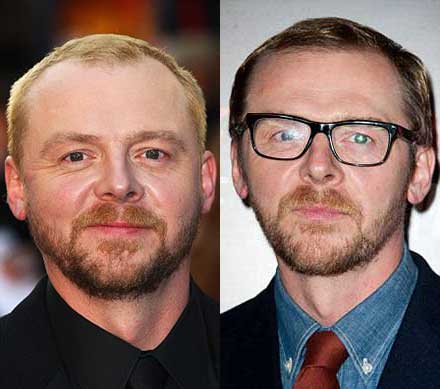 He was sporting more ‘Hot Fuzz’ on top of his head that looked much thicker and fuller than back at the Star Trek premiere in April 2009.

He hasn’t denied or confirmed the rumours, but it has caused wide speculation from the media as to whether he has come back from his ‘Shaun of the dead’ look.

The British star may feel the pressure of living in Hollywood as his career keeps going from strength to strength in the States. He even appeared to have lost weight on his face as he posed on the red carpet.