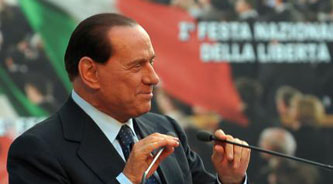 Former Italian Prime Minister and playboy Silvio Berlusconi may have had hair transplant surgery, if the rumours are proven to be true

In reality everyone knows Silvio has undergone hair transplant surgery, I mean its pretty obvious looking at the evidence, however Berlusconi and his team continually refuse to confirm whether or not the rumours are true.

The founder of Microsoft Bill Gates has started a scathing attack on Silvio Berlusconi. He accuses him of spending more money on his baldness than on foreign aid. Bill Gates pointed out Berlusconi’s ‘stinginess’ and added that he is one of the main people on his ‘list of shame’. By referring to Berlusconi’s hair transplant, Bill Gates told the German daily Sueddeutsche Zeitung that ‘rich people spend a lot more on personal problems like baldness than they do to combat malaria’. 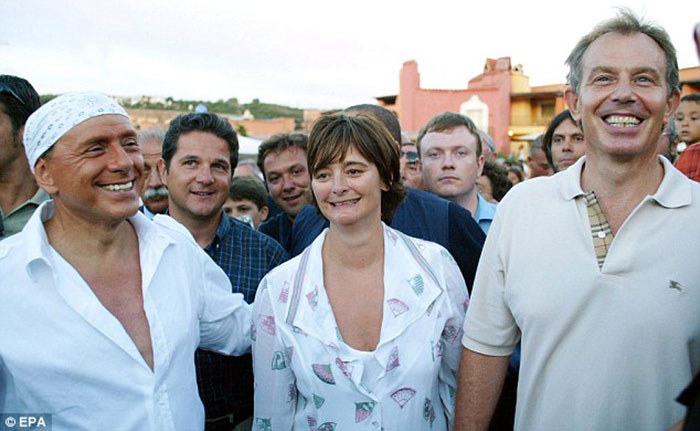 These attacks took place at a time when Italians were thinking over the mystery of Silvio Berlusconi’s moving hairline. Recent photos of the prime minister show controversial information about his hair – one day he has a perfectly normal hair and a lot thinner hair on the next day. This repeats again after just a few days, which brings the attention of many people due to the fact that Berlusconi is a public figure.

Silvio Berlusconi had his hair transplant in 2004 just before going to his villa in Sardinia with Tony and Cherie Blair. He appeared there wearing a bandana in order to protect his new transplant from the sun. Italian newspapers published some photos of his hair changing and as they said, it had ‘undergone an amazing mutation’. It was also mentioned that he went to a wedding and his hairline was much higher and thinner but just after a few days it was again as thick as it normally is.

The person that performed Silvio Berlusconi’s hair transplant, Dr Piero Rosati, said that due to the stress some of the hair may fall out. He also said that it isn’t Silvio Berlusconi’s hair that matters but his political doings are what is really important. He also said that he hadn’t seen his patient since the operation because nothing else is required after performing such a hair transplant operation – usually you can do anything you want with your new hair as if you’ve always had it. He said that he has been doing this job for more than 28 years and hair really rarely falls out but he could say nothing more unless he examined Silvio Berlusconi again.

An Italian professor, Franco Buttafaro, who specialises in plastic surgery, said that there was actually no problem with Berlusconi’s transplant. The only problem was that he had probably forgotten to put his scalp make up on. He claimed that judging by the photos and the time that has passed since the operation is it highly unlikely that stress has caused the reduced hair and the only possible reason was the lack of make-up. Franco Buttafaro also added that a special cream is used that blends with the hair and increases its volume, which makes it look thicker and longer. He also thought that Silvio Berlusconi used a pencil just in order to make it look more finished. Later the professor changed his opinion and said that it is the original transplant that is to blame. He said the hairs weren’t put at the necessary distance – they were at 2-3 mm from each other but they should have been placed at much shorter distance. In a square centimeter usually 70 hairs are put but according to Buttafaro, Silvio Berlusconi had no more than 25 and this is what causes his hair to look thinner.

Many people say that Berlusconi thinks a lot about his public appearance and he wants to always look as perfect as possible. That is why he is tanned during the whole year, no matter what. That is also why he had his hair transplant.

There are many different versions about the controversial photos of Berlusconi’s hair, including the mentioned theories about the stress, the make-up and the not so well performed hair transplant. However, probably no one would understand what the truth is actually. However, the Italian prime minister got hit by an attacker, had a lot of legal problems, including his wife’s demand for a 40 million pound divorce, the different corruption affairs and many more, including some with models and escort girls. Due to all of this information he and his spokesman refuse to reveal the truth about his hair.