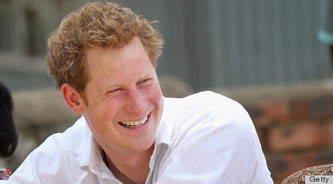 When we think the Royals losing their hair, we may think of Prince Charles or of Prince William and their premature balding. But, we dont think of our lovable rogue Harry as going down the same street!

Pictures have been released this week of the younger son of Charles, and the now 4th in line to the throne (Charles, William, Baby George and then Harry) and his troubled looking locks. 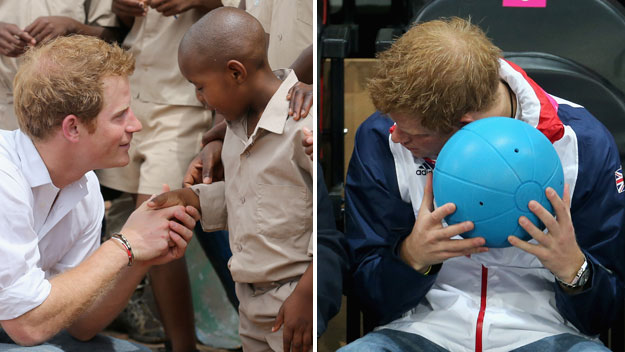 The 29 year old has apparently according to friends, turned to the help of the vegetable Asparagus as it has been in recent years hailed by nutritionists as a counter act for balding, with a high alkaline level it is regarded as a natural counter balance as it can stimulate hair growth.

“In 1939, the Nobel Prize winner for chemistry, Professor Adolf Butenandt, proved that life cannot exist without silica (also known as silicon dioxide). In humans, silica is essential to the development of the skeleton. It is also an important component of hair, and an adequate intake of silica is thought to prevent baldness and stimulate hair growth.”

“Silica is present in substantial amounts in a wide range of foods, including strawberries, green and red peppers, miller, barley, wheat, cucumbers, oats, rice, bean sprouts, potatoes, and asparagus. Processing of foods as well as chemical treatment of the soil can significantly decrease the silica content of foods. Therefore, in order to ensure an optimal intake of silica, it is advisable to opt for organically grown and unprocessed foods.”

Although Harry has openly made jokes about his older Brother’s hairline, and once joked that;

“William started balding around the age of 12”

He was seen with friends around Christmas at the trendy London restaurant ‘La Brasserie’ where he ordered a plate full of the green vegetable, priced at a cool £9.50 for brunch with friends.

It has become more obvious to the public of his hair loss over the Christmas period when he bent down at Sandringham at the families Christmas visit to Church to pet a dog, revealing a thinner looking pate.

He of course is not the only Royal to be thinning, he joins the families inherited line of royal thinners such as his father, uncles and brother. At least we know it may silence the critics who claim he was not sired by Charles, as now it looks as though we have a family trait manifesting.