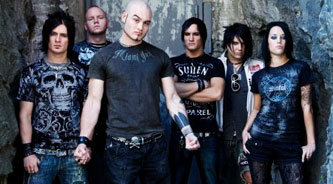 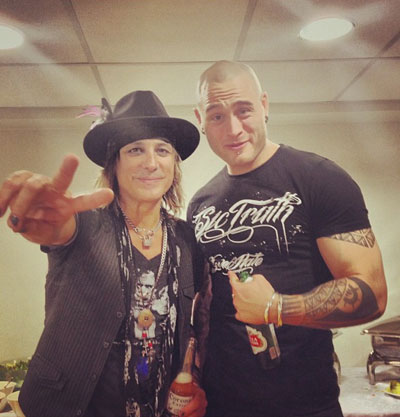 Sonic Syndicate was founded in 2002 by brothers Richard and Roger Sjunnesson, alongside their cousin Robin Sjunnesson. Originally named Fallen Angels, the band was renamed as Sonic Syndicate in 2004. Fast forward to 2013 and the band consists of Robin Sjunnesson on guitar, bass player Karin Axelsson, drummer John Bengtsson and singer Nathan Biggs.

The band have recorded five studio albums including Eden Fire, Only Inhuman, Love And Other Disasters, Burn This City and We Rule The Night. After a short spell apart, the band announced in May this year that they have re-formed and are working on a new album.

Alongside thousands of other men, Nathan Biggs has suffered with hair loss for some time now. Following Nathan’s consultation with HIS Hair Clinic, he decided to undergo treatment and booked his first two sessions during September 2013. Those sessions are now complete and depending on how his pigments settle, a third session may be required to complete his new look.

What is scalp micropigmentation?

Scalp micropigmentation (or SMP) is the process of placing thousands of tiny pigment deposits within the upper dermis of the scalp, to replicate the appearance of a full head of shaven hair. Created and developed by HIS Hair Clinic in 2002, SMP has become the worlds fastest growing hair loss solution and HIS Hair Clinic are widely recognised as the leading authority worldwide in this type of hair loss treatment.

Since its inception SMP has been adopted by a number of celebrities and public figures, as well as thousands of regular guys from around the world and from every continent. Whilst the vast majority of celebrities have chosen to keep their treatments a secret, a number of them have been happy to share their experience including celebrity hairdresser Adee Phelan, lead hairdresser to Manchester United and the England football team Daniel Johnson, and ex Manchester United player and current coach Quinton Fortune.

Nathan’s before and after photos will be available soon. In the meantime please see the following links for more information: