Matt Damon causes a buzz with his new buzz cut 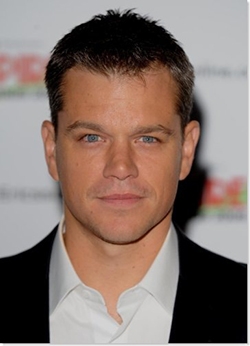 Another week goes by and another celebrity opts to fly the flag for the buzz cut! This time it’s the turn of Hollywood A-Lister Matt Damon who last week surprised the world when he revealed his new hairdo.

The 40 year old was spotted in Vancouver and rumour has it that the decision to go for the chop was all because of his new role for Elysium.

Known for playing international spy Jason Bourne in the Bourne trilogy and a suave conman in the ‘Ocean’s’ movies, Matt Damon is not known for changing his hairstyles. 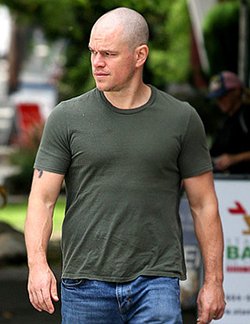 Matt Damon’s buzz cut goes to show that it’s not just men in their 20s and 30s that can carry off a buzz cut – men in their 40s should also feel confident enough to wear this style.

With Matt Damon’s new hair and Channing Tatum opting for a newly shaved head a few weeks ago, could Hollywood finally be catching on to what we’ve been saying  for all these years??

The buzz cut is on trend and here to stay!